Region's wineries wait for the city still in lockdown 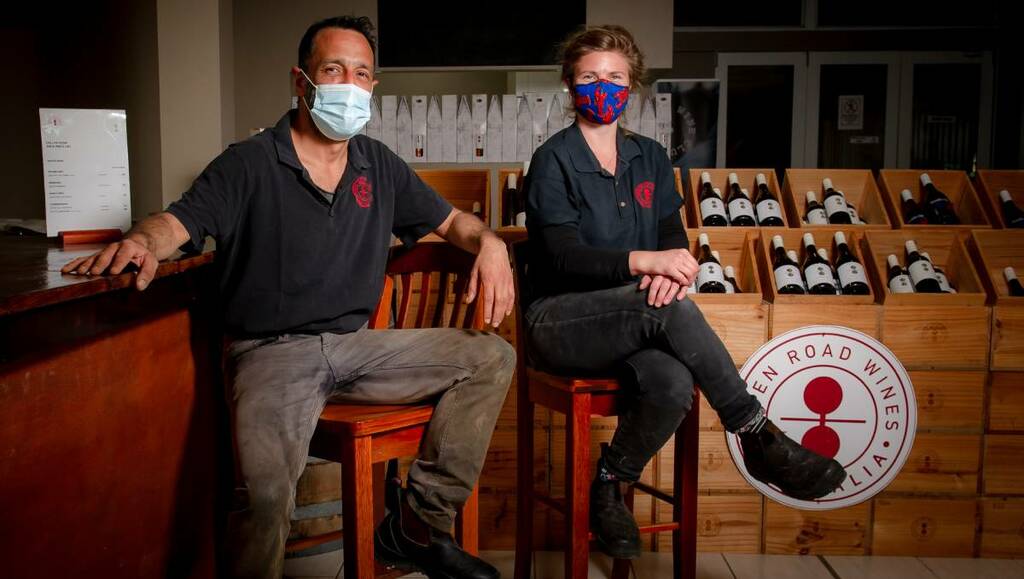 With the countdown under way for lockdown ending in the ACT, Shaw Wines director Tanya Olinder says Murrumbateman is ready for us.

"We have a brand new cellar door and a very big building. We can have 64 people in our main room. Then we've got a private wine club members' room and we can have 15 in there," Ms Olinder said.

"Outside we can have double the number as inside, so we're actually allowed to have more people than we have chairs and tables."

With 'freedom day' in NSW on Monday, the Murrumbateman wine region has readied itself for the arrival of visitors.

But one question still remains.

"We don't know when Canberra opens up to us," Ms Olinder said.

With the ACT lockdown ending in less than a week, Canberrans are thirsty.

While the plan had been to lift stay-at-home orders for travellers to NSW when the state reached its 80 per cent, a new premier and a new roadmap has thrown the future into question.

On Friday, NSW Cross Border commissioner James McTavish said whether Canberra residents would be permitted to travel within the regional bubble for non-essential reasons next weekend was still being determined. He said an announcement would likely be made mid-week.

In Murrumbateman, Ms Olinder was expecting a steady trickle of visitors from Monday, ahead of a rush they're anticipating over summer.

"We're all ready to go. We've got all these new wines we've just released this week, including our first sparkling wine in three years," she said.

"We're all excited but there's no one here to try it!"

"We will open the cellar door on Wednesday the 13th, almost quietly, you know? Then we want Canberra to come and visit us when you're out of lockdown," he said.

The Argentinean native said he was humbled by the outpouring of support Australians showed for the local wine industry last summer. He was expecting 2021 to be no different.

"It was incredible, you know? It was so beautiful to see," Mr Moreno Torres said.

"To see people coming to the cellar door telling me, 'This is my first time in the Canberra wine region, I did not know that this was so delicious'.

"Australians are discovering their backyard and they're loving it!"

Murrumbateman Winery owner and winemaker Bobbie Makin said the plan was to ease into reopening next week by continuing its bottleshop service.

He said the winery's sit-down tastings and food offerings would be back the following weekend, with live music to follow.

Mr Makin said while vaccine passports and changes to reopening rules had initially created some anxiety, warm weather this weekend had bought a change in attitude.

"We're going to plan things for closer to the 90 per cent vaccination rate and then start putting on live music and food nights and options for people to have a really good sit-down experience."