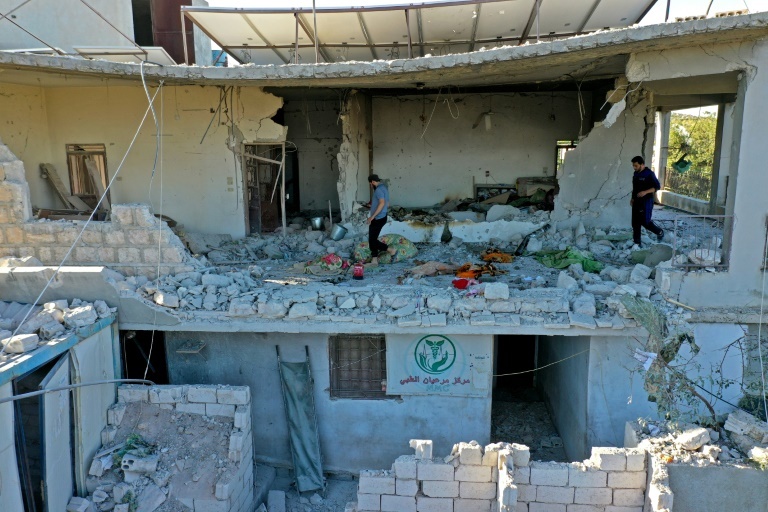 Marayan (Syria) (AFP) - Regime shelling on a medical centre in northwestern Syria killed a woman Wednesday, in the latest in a long list of government attacks on health facilities, a monitor said.

The pre-dawn shelling in Marayan hit a building housing one of the few health centres in this part of Idlib province, the Syrian Observatory for Human Rights reported.

An AFP photographer saw men salvaging medical equipment from the damaged two-storey building on the ground floor, where the health centre was located.

The wife of the centre's director, who lived on the destroyed first floor of the same building, was killed by the shelling, the Observatory said.

In recent days, regime and allied forces have ratcheted up their attacks on parts of the Idlib region still controlled by rebel and jihadist groups.

Four civilians, including a young woman and a child, were killed on Tuesday in rare artillery fire on the provincial capital of Idlib, the UK-based war monitor said.

The Idlib region, which is home to about three million people and borders Turkey, is the last pocket to oppose Damascus in the decade-old conflict.

After a months-long military offensive to flush out the enclave sparked fears of the war's worst bloodshed yet, a ceasefire deal was reached in March 2020.

The agreement brokered by the regime's and the rebels' main backers -- Russia and Turkey respectively -- has largely held since, despite sporadic flare-ups such as that seen this week.