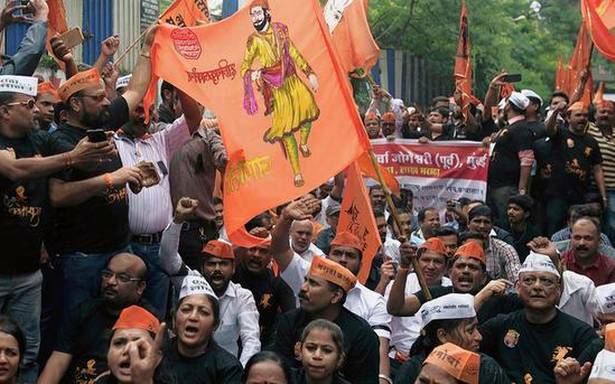 In February, just before the Election Commission announced the schedule of the State election, the Tamil Nadu Assembly adopted a Bill to provide 10.5% reservation for the Vanniyakula Kshatriyas within the quota of Most Backward Classes (MBCs) and Denotified Communities (DNCs). In May, relying on the 102nd Constitution Amendment, the Supreme Court reiterated the constitutional position that States did not have the power to identify “socially and educationally backward” classes (SEBCs) . This evoked a strong reaction from political parties, forcing the Centre to pass in August the 105th Amendment which again empowers States or Union Territories to prepare their own lists of SEBCs. From this year onwards, 27% of the all-India quota for admissions for medical and dental courses will be reserved for Other Backward Classes (OBCs) and 10% for economically weaker sections (EWS). This was an outcome of the judicial intervention and legal battles of parties such as the AIADMK and the DMK.

There have been a few attempts in the last 10 years at caste enumeration, but they did not yield the desired results. The 2011 Socio-Economic and Caste Census’s report was made public five years ago but without the data on caste. In Karnataka, a similar exercise was launched in 2015. The report is still not out. In Tamil Nadu, a one-man commission was constituted in December 2020 to collect data on castes. But six months later, the commission was wound up.

It is natural that political parties will not agree with the findings of a caste-based census — however well it may have been conducted — if they think that their perceptions of the strength of certain castes do not tally with the findings of the census. Besides, any such data alone, particularly those concerning OBCs, cannot be used as the basis for breaching the 50% cap on reservation. This is because there is no provision in the Constitution to link the quantum of reservation to the population of the OBCs.

A reading of clauses (4) and (5) of Article 15 and clause (4) of Article 16 of the Constitution reveals that the scheme of reservation for the SEBCs is permissible but meant only for those OBCs which are “not adequately represented” in the services in the State. As laid down in the Indra Sawhney case (1992), there must be extraordinary circumstances to justify the quantum to exceed the cap. Tamil Nadu is a classic case where the 50% ceiling was breached early. The State provides 69% quota for Backward Classes, MBCs, Scheduled Castes (SC) and Scheduled Tribes (ST). But the scheme of quota even in Tamil Nadu was not framed keeping in mind the population of the reserved communities. According to the Second Backward Classes Commission, the population of the Backward Classes, MBCs and the DNCs in the State was about 67%, a figure that the State government still uses. In addition, SCs and STs account for 21.11%, as per the 2011 Census. Several other States have breached the cap. They have adopted the 10% quota for EWS too. However, while highlighting the cause of the Backward Classes, political parties should keep in mind the rationale behind the cap. The Supreme Court, in the Maratha case of May 2021, said: “The 50 per cent ceiling limit for reservation laid down by [the] Indra Sawhney case is on the basis of principle of equality as enshrined in Article 16 of the Constitution.”

At the same time, it is well known that the scheme of reservation suffers from anomalies. It needs to be refined. Primarily, if the benefits of reservation are equitably distributed among the OBCs, sub-categorisation is a prerequisite. While suggesting the creation of three sub-categories — extremely backward classes, more backward classes and backward classes — the National Commission for Backward Classes emphasised in 2015 more on the need for “classification of OBCs” than on streamlining the provisions on creamy layer to ensure fair implementation of the reservation policy. It is hoped that the Rohini Commission, constituted by the Centre in October 2017 for the purpose of sub-categorisation of communities in the Central list of OBCs, completes its work in three or four months. Some States and Puducherry have already completed the task of sub-categorisation.

Also read: Quotas and a verdict

The parties should also take a dispassionate look at the concept of creamy layer. Fifty years ago, Tamil Nadu’s First Backward Classes Commission recommended that the “affluent sections” in the backward classes should be “precluded from reservation” for the reason of equity. The annual income limit is one of the parameters that determine the creamy layer. Since September 1993, this was revised only five times against the norm of revision every three years. In addition to frequently revising the income limit, the Central government should consider, while revising the limit, many factors such as the trend of rise in GDP, inflation, per capita income and rise in the cost of living. Even as there is a strong case for increasing the present limit of ₹8 lakh per annum for determining the creamy layer, the definition of income needs to change. At present, income from salary and agriculture are not considered but “income from other sources” is taken into account. This stipulation on the nature of source of income not only complicates the situation but is also unfair to candidates of those whose parents may earn marginally higher income “through other sources” than the ceiling. This has been amply illustrated in a communication sent in July by the Tamil Nadu government’s BC, MBC and Minorities Welfare Department’s Secretary to the Commissioner of Revenue Administration. According to the communication, for the purpose of issuing OBC certificates, District Collectors should take into account how the parents of candidates earn their annual income, apart from considering other parameters. If the parental income is ₹25 lakh through salary or ₹50 lakh through agriculture, such candidates will be given OBC certificates. But if the parents earn ₹8.1 lakh through “other sources,” their son or daughter will not get the certificate.

Besides, the vacancies in the posts of OBCs have to be filled expeditiously. The parliamentary committee had said that as on January 1, 2016, OBC employees in 78 ministries and departments of the Central government constituted only 21.57% against the quota of 27%. In respect of Groups A and B services, the share of OBCs was much lower. This only underscores the need for the Centre to conduct special drives frequently to fill the vacancies. Such an approach will take care of concerns in certain sections that the enforcement of “stringent norms” of the creamy layer might not serve the objective of the 27% quota scheme.

Instead of fighting over abstract issues, political parties should channel their energies to make substantive and qualitative changes in the way the reservation is implemented, if they are really concerned about social justice, inclusion of all and the plight of the underprivileged among the OBCs.