Red-pilled: Can The Matrix Resurrections reclaim Neo from the alt-right? 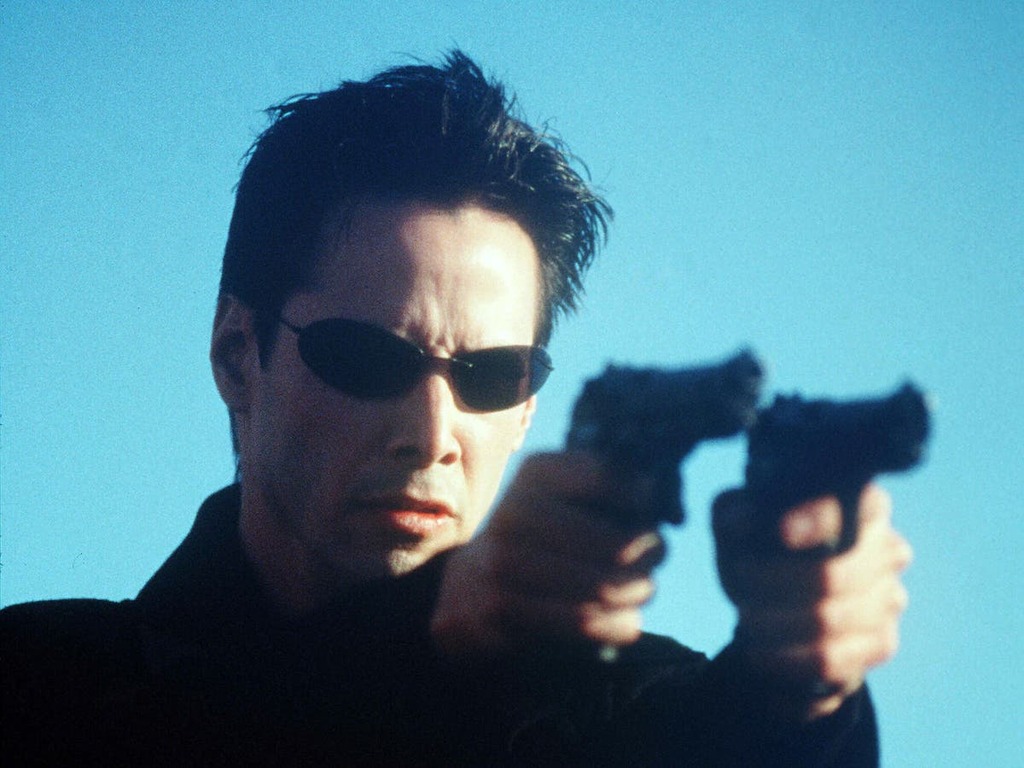 It’s one of the most famous scenes in modern film history. In The Matrix, the 1999 phenomenon that introduced the world to bullet-time fight sequences and briefly made fiddly little sunglasses without arms the height of fashion, Laurence Fishburne’s Morpheus offers Keanu Reeves’s Neo a simple choice. After explaining to him that he has lived his whole life in a virtual “prison for [his] mind” known as The Matrix – and offering to show him the truth outside of that cage – Morpheus presents him with a pair of colour-coded pills: “You take the blue pill, the story ends. You wake up in your bed and believe whatever you want to believe,” he says. “You take the red pill, you stay in wonderland and I show you how deep the rabbit hole goes… remember, all I’m offering is the truth, nothing more.”

That moment was invoked this week in a viral marketing campaign for The Matrix Resurrections – the fourth film in the franchise – which is set for release this December. The film’s website allowed viewers to choose between a red or blue pill, which in turn determined the teaser trailer they’d be shown. The decision to place the choice between the two pills front and centre in Resurrections’ marketing feels purposeful: a possible attempt by director Lana Wachowski to reclaim the contemporary narrative that surrounds the scene. It isn’t hard to find evidence that she and her sister Lilly, who created The Matrix together, have become unhappy with how its meaning has been twisted and reinterpreted. In May 2020, after Elon Musk tweeted: “Take the red pill” and Ivanka Trump replied: “Taken!”, Lilly responded pithily: “F*** both of you”.

The red pill, of course, is the same pill that Neo chooses. In the film, his decision symbolises his rejection of received wisdom, and his brave determination to reject comforting illusions and keep seeking out the uncomfortable truth. Later, however, that symbol took on a life the Wachowskis never could have predicted.

Men’s rights activists vociferously adopted it, believing that they’d seen “the truth” that society is unfairly structured to benefit women. They called themselves “red pillers”, and congregated online in deeply misogynistic groups like the subreddit r/TheRedPill, which proved so unruly – even by Reddit standards – that it’s been placed in the site’s “quarantine” since 2018. That means it’s subject to tighter controls, is invisible in the site’s search function and that anyone trying to visit the group is first warned that it is “dedicated to shocking or highly offensive content”. One of the group’s core rules forbids anyone declaring in a post that they are, in fact, a woman. From that ignoble interpretation, the idea of “taking the red pill” became a running motif for Trump supporters, QAnon followers and anyone else who believed they were declaring their rejection of a perceived liberal consensus. If you’ve taken their version of the red pill, you probably haven’t had the Covid vaccine, either.

Needless to say, this was not the message the Wachowskis intended their film to send out into the world. When they made The Matrix in 1999, Lana and Lilly had yet to come out publicly as trans women. Lana transitioned after the sisters made Speed Racer in 2008, and then in 2016 Lilly announced she had also transitioned. Last year, in an interview with Netflix Film Club, Lilly Wachowski was asked what she thought of fans now interpreting The Matrix as an allegory for the trans experience – and she pointed out that it had always been. “I’m glad that it has gotten out that that was the original intention,” she said, before hinting at why that fact wasn’t publicly discussed at the time: “The world wasn’t quite ready, at a corporate level… the corporate world wasn’t ready for it.”

The trans symbolism of The Matrix is easy enough to identify. Neo is living a double life. By day, he’s an office drone known as Thomas Anderson. By night, he is a hacker with a name he’s chosen for himself. He is troubled by the nagging sensation that something is off about the world, something he can’t quite put his finger on. In other words, he is suffering from dysphoria. Neo only becomes his true self when he breaks free from The Matrix, but not everyone is happy about it. Hugo Weaving’s terrifying baddie Agent Smith only ever refers to Neo by his original, socially approved name “Mister Anderson”, a practice known as “deadnaming” when done to trans people. Then there’s the red pill itself, which can be seen as analogous to hormone therapy. The metaphor is a neat one: in the Nineties, prescription estrogen given to transitioning trans women did indeed come in the form of a red pill.

It remains to be seen whether Lana Wachowski will take the opportunity presented by her return to the world of The Matrix to make these themes more explicit. The fact that the red pill/blue pill dichotomy is so prominent in the new film’s advertising, though, does suggest she’d like to reclaim them – symbols not of right-wing nonsense, but of positive change.

It’s about time. It is, after all, the red pill that allows Neo to become the hero he was always destined to be, by first allowing him to become the person he always was.