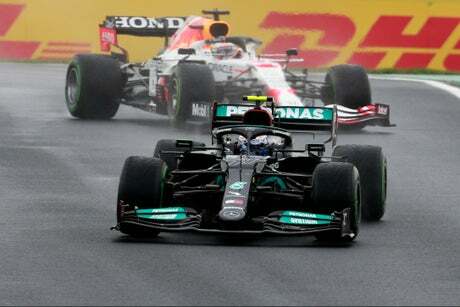 Red Bull boss Christian Horner has voiced his “surprise” at the way Mercedes have got faster in recent grands prix.

Although Max Verstappen regained the Formula One world championship lead from Lewis Hamilton in Turkey on Sunday, the progress Mercedes have made with their engine has set alarm bells ringing at Red Bull.

At the same time Red Bull fell further behind Mercedes in the constructors' standings, the gap now 36 points, and Horner is at a loss to explain how his rivals have picked up the pace.

"I think their straight-line speed has taken a significant step recently," he said.

"Whereas we could match them with smaller wings previously now we can't get near.

"We saw that particularly at this circuit where Lewis in particular had a significant straight-line advantage with a bigger rear wing on the car. We've got to maximise our package as best we can.

"It's surprising that they appear to have made the step that they have with the power unit."

Mercedes say that nothing has changed in their engine apart from fitting a new one to Hamilton’s car for the Turkish Grand Prix. The British driver had to take a 10-place grid penalty as it was his fourth engine of the year, one more than is allowed.