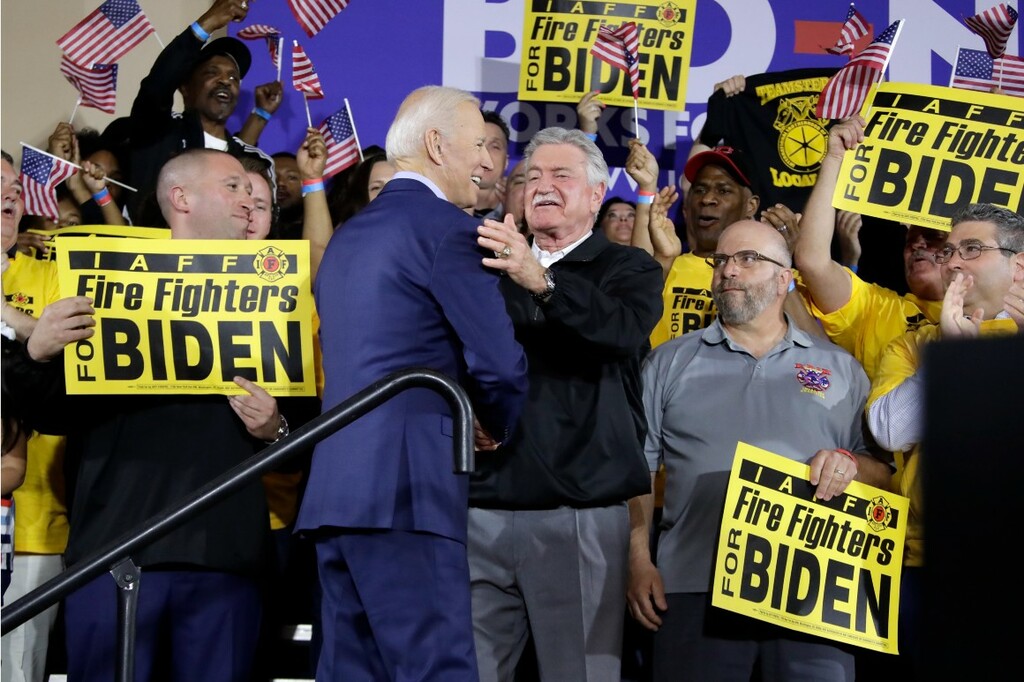 A new subpoena was signed on Nov. 29 for records from the IAFF seeking information related to Schaitberger and internal IAFF policies, according to a copy obtained by POLITICO. It is at least the second time that authorities have probed the union about Schaitberger. According to the then-union secretary-treasurer’s report, he evaded taxes and received unwarranted retirement benefits, among other charges. (A union committee later found that the former general president was not at fault with issues related to retirement payments.)

Federal law enforcement had issued subpoenas in 2020, but that investigation stalled. The new subpoena is much broader than the original, according to someone with direct knowledge of the case, suggesting that authorities are either ramping up the investigation or are attempting to jump-start an investigation into Schaitberger again.

The subpoena, addressed to the IAFF, commanded the organization's appearance before a grand jury of the U.S. District Court for the District of Columbia on Dec. 14, 2021. It requested a series of documents pertaining to Schaitberger including his “personnel file” as well as those related to employment records, travel, expenses, use of IAFF debit or credit cards or use of IAFF landline or cell phone numbers. It also requested documents related to IAFF policies on financial practices and use of union credit or debit cards.

The agencies requesting the subpoena included the U.S. Attorney’s Office in D.C., the Federal Bureau of Investigation and the Office of Investigations — Labor Racketeering and Fraud at the U.S. Department of Labor.

"The IAFF intends to cooperate fully with this investigation given that the organization's status, if any, is that of a victim,” said the union’s attorney, G. Zachary Terwilliger.

Prior to his retirement from the IAFF in 2021, Schaitberger was a force in politics, occupying the ranks of the top union leaders in the country. The firefighters’ political action committee, FIREPAC, claims to rank among the top federally registered PACs in terms of money raised.

On the 2020 campaign trail, Schaitberger served as one of Biden’s key allies, endorsing the former vice president early in the primary contest. At a rally during the Democratic contest in Pittsburgh, Pa., Biden called Schaitberger “my friend for a long, long time.” In his own statement after Biden’s election, Schaitberger said, “The IAFF is honored to call Joe Biden our friend.”

Shortly after Biden’s inauguration, the IAFF issued a statement praising the newly minted president’s early actions, including repealing a series of Trump-era executive orders. In the statement, Schaitberger said, “I have been in direct contact with the Biden team over the past few months advocating for these actions.”

Though Schaitberger has long been accused of abusing union funds to underwrite his lavish spending, including expensive restaurant outings and chauffeured cars, he faced a long list of additional allegations in recent years. Among them, he and a former union general secretary-treasurer were accused of receiving excessive early retirement benefits while still working for the union, which resulted in over a million dollars of improper pension payments, according to a report from the union’s then-general secretary-treasurer Edward A. Kelly, who is now the general president, reported earlier by the Wall Street Journal.

The report also found that Schaitberger and the associate accrued millions of dollars in benefits under a non-tax-qualified retirement program— money that should have been reported to the Internal Revenue Service. The internal documents also reveal millions in financial misreporting and non-discretionary funds that were misused.

The union suspended his pension benefits, but a committee later reinstated them, saying that the overpayments “resulted from an error in plan administration.”