Record number of Bedouin drafted into IDF in 2020 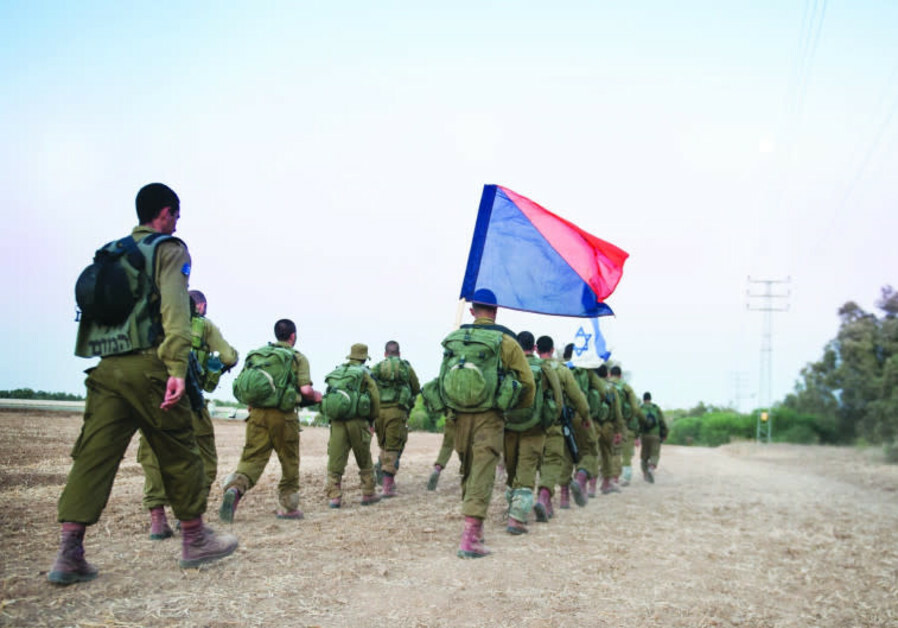 Some 600 Bedouins voluntarily drafted into the Israeli military over the past year, a record number from previous years.

"In the past year, we have continued the upward trend in the recruitment of Bedouins to the IDF, with more than 600 conscripts, and we continue to work to increase the number,” Defense Minister Benny Gantz said Wednesday evening at a ceremony marking the role of Bedouins in Israeli security forces.

While Bedouin are not obligated to serve in the army, the IDF has stepped up attempts to recruit Bedouin soldiers, including sending Bedouin troops into towns to encourage youths to volunteer.

“Military service and national service are not taken for granted, and I am glad that more and more members of the community are enlisting in diverse tracks,” Gantz said. “From an understanding of the importance of diversity I want to see more of you in senior command positions, as well as in technological units and places that act as a gateway to Israeli society.”

The Bedouin are highly respected for their tracking and navigational skills. Gantz praised these tracking skills of those who join Israeli security forces, saying that even in the days of technological progress, “there is no substitute for the sharpness of the trackers, their familiarity with the terrain, experiences handed down through generations.”

“We saw this very recently in the pursuit of the terrorists who escaped from Gilboa Prison and we see it every day during operational activity,” he said.

Deployed across the country, the difficulty of the tracker’s job varies based on location and topography. Near Gaza, where there are near-daily infiltrations into Israel from the Hamas-run Gaza Strip, trackers are able to easily read the sand and quickly tell if there has been an illegal crossing. Up in the northern Galilee – an area full of forested hills, streams and other natural obstacles – the identification of possible infiltrations is more challenging.

The majority of Bedouin drafting into the military come from communities in the North due to a number of factors.

Israel also continues to demolish unrecognized Bedouin villages, mainly in the southern part of the country. Many NGOs have criticized Israel’s policy of demolishing unrecognized villages, and with fractious relations between the Bedouin the state, there is also pressure from the Islamic Movement for Bedouin not to serve.

Referring to the violence rocking the Arab and Bedouin communities, Gantz said, “The large majority of the Bedouin population are law-abiding citizens who want to be part of the state, who strive to live in peace and coexistence.

“You are the best proof that we need to live together, that we can live together and improve everything for a good future for all of us. We will not allow those who try to separate you from us rule the streets under the rule of fear to win. We will win.”

The defense minister said Israel has no patience for “criminals who took the lives of hundreds of people just this year” and that more police and Border Police will enforce the law.

“This is an emergency. We are all mobilized for it.”