Reclaim the Night: 'Static rally' to take place on streets of Belfast this weekend 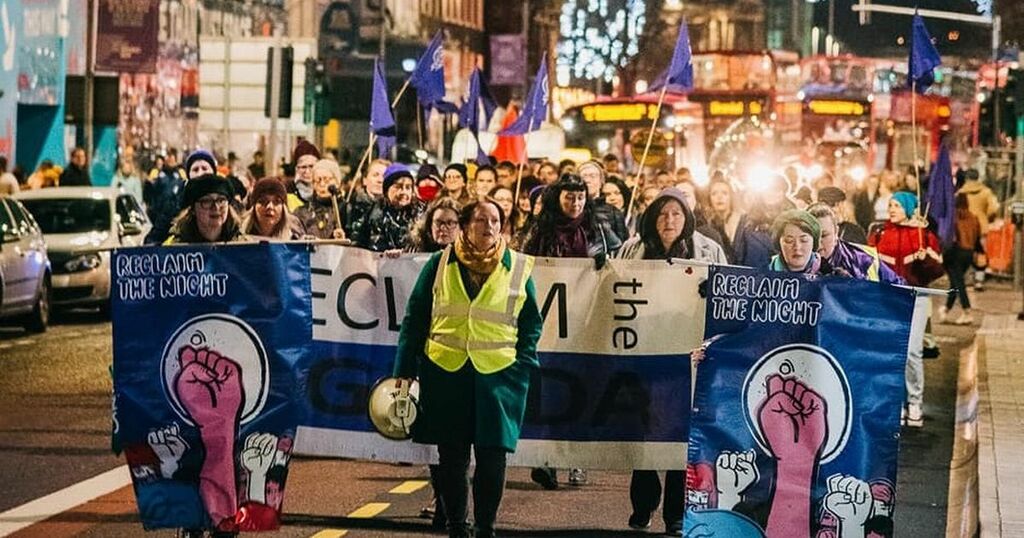 Women from Belfast and beyond will once again take to the streets to demand an end to gender-based violence.

The Reclaim the Night rally will take place on Saturday, November 27 - keeping up the group's annual tradition to show solidarity with victims and survivors.

The event will however differ slightly from the norm: while it normally involves women marching through the streets of the city, it will this time return as a static, outdoor event in Writers Square, 5.30pm for a 6pm start.

Danielle Roberts, a co-organiser who will be a key speaker at the rally, said the rally will be particularly relevant this year following so many high-profile acts of violence against women.

And what's worse, she said, is that there were thousands more violent and abusive incidents that went unreported.

Danielle said: “Reclaim the Night is an opportunity to raise our collective voice against street harassment and gender-based violence, and to show solidarity with victims and survivors. Violence against women didn’t stop during the pandemic, indeed for many in abusive relationships and family situations, it was exacerbated by it. We are also hearing cases of spiking on nights out and a rise of transphobic hate crime.”

Reclaim the Night began on the streets of Leeds in 1977 as a protest against the West Yorkshire police’s advice to women to stay at home at night in response to 13 murders carried out by the Yorkshire Ripper.

Forty years on, organisers say the movement is as important as ever.

Co-organiser Elaine Crory said: “Women are still facing the same fears of being murdered, raped, sexually abused and harassed on the streets. We will continue to protest until the threat of gender-based violence is removed from society.”

The event will also include poetry from Nandi Jola and music from Chidambaram Samba.

The rally is one of a series of events taking place during the 30th anniversary of the Global 16 Days Campaign from November 25 to December 10.

This year, the worldwide event endorsed by the UN focuses on femicide - the gender-related killing of women.

Other events include Vitamin F, a training day co-hosted by the Centre for Gender in Politics, Queen's Students' Union Officers, Reclaim the Agenda, Belfast Feminist Network and Reclaim the Night Belfast.

You can find more information on the Reclaim the Night Belfast Facebook page.