New York (AFP) - European and Asian markets took a beating Thursday, while the dollar tumbled a day after Wall Street suffered one of its worst batterings in two years over recession fears amid decades-high inflation.

"Inflation is catching up and profit margins are taking a hit.Soon enough though, those higher costs will continue to be passed on and consumers will stop dipping into savings and start being more careful with their spending," said Craig Erlam, senior market analyst at OANDA.

"The question is whether we're going to see a slowdown or a recession," he said.

Leading European and Asian stock indices closed in the red.

"It's one thing when strategists talk about it, but it's another thing, when you actually hear from companies that they were having difficulties with higher prices, without being able to pass along" higher prices to consumers, said Quincy Krosby, chief equity strategist of LPL Financial, who noted that markets are still not convinced inflation has peaked.

Michael Hewson, chief market analyst at CMC Markets, said the US dollar suffered as well on Thursday, "driven by lower yields as concerns grow about the resilience of the US economy over the course of the rest of the year."

In some of his most hawkish remarks to date, Federal Reserve Chair Jerome Powell this week said the US central bank would raise interest rates until there is "clear and convincing" evidence that inflation is in retreat.

The United States is facing the fastest inflation in four decades, as is Britain, causing the Bank of England to also raise interest rates.

Key figures at around 2030 GMT 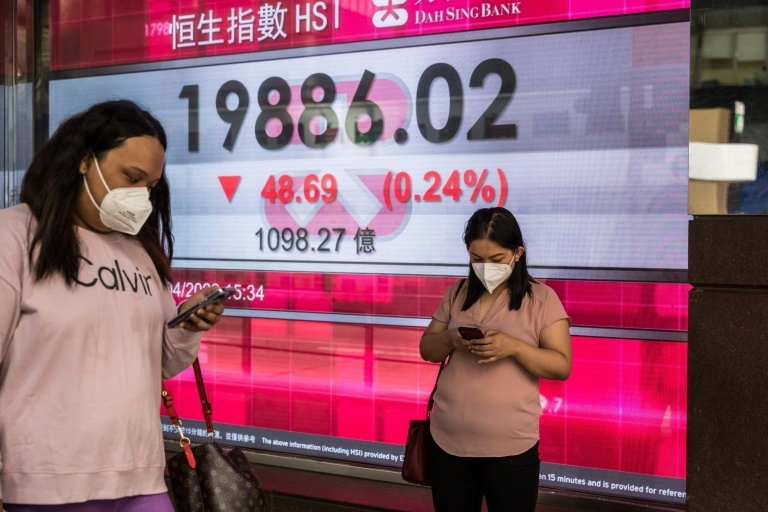