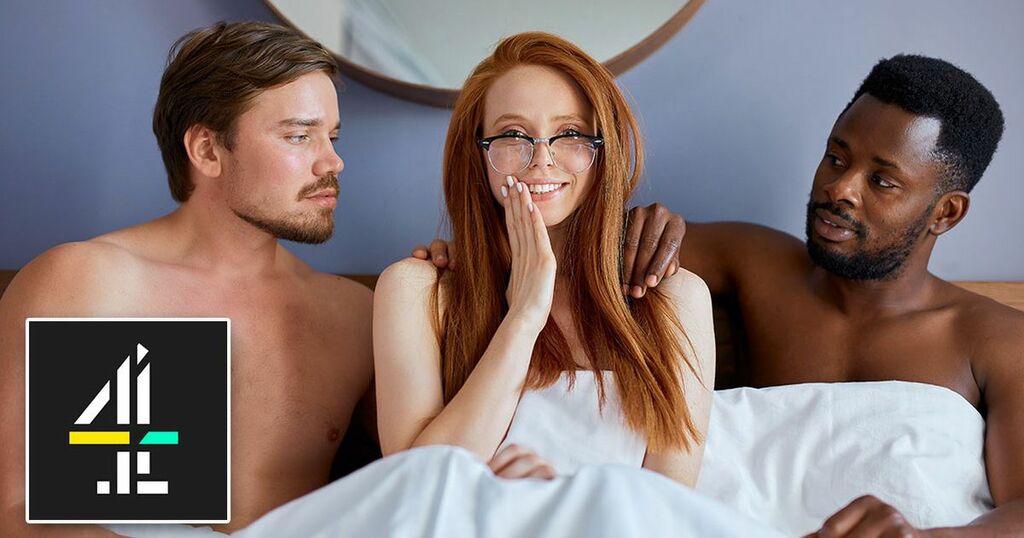 In scenes due to air tonight, the 24-year-old from London, who is known only as Laura, attends a party run by sex club Killing Kittens.

Before appearing on the show, Laura told producers she was “100 per cent straight”.

Producers said they hoped the show would provide an “open and honest platform for discussions exploring sexuality, consent and boundaries” and “create healthy ways to bring fantasy to reality”.

Revealing the sexual experience is “the start of a new me”, Laura added: “You’ve got to try everything once.”

Prior to visiting the sex club, she had been in touch with a woman who she planned to hook up with on the night.

She explained: “Two men would be too many c***s, I don't know where it would all go. But I've never had a sexual experience with a woman."

To further relax in the situation, the receptionist took her ‘friend with benefits’ Jack to the sex party.

Wearing a black leather corset, stockings, and a black lace mask on her face to protect her identity, Laura said was quite nervous about getting with a woman for the first time.

“It could either be the first and last, or the start of things to come.”

She added she wasn’t wearing any knickers in the club “for logistical reasons”.

Laura then disappears out of view of the camera for a few hours before coming back to report on the night’s sexual activities.

She revealed: "Walking in with no underwear is like saying ‘OK I’m ready to go’. Everyone’s eyes are on you – you could end up with anyone in the room.

“Once someone starts, everyone follows suit. People were having sex everywhere.

“It was amazing. I didn’t think it was going to happen until I was actually in it.

“It ended up being with my friend and a woman who’s part of a couple. It all spurned from me and her, which isn’t what I expected at all.

“She was shocked it was my first time, which was great for my ego.”