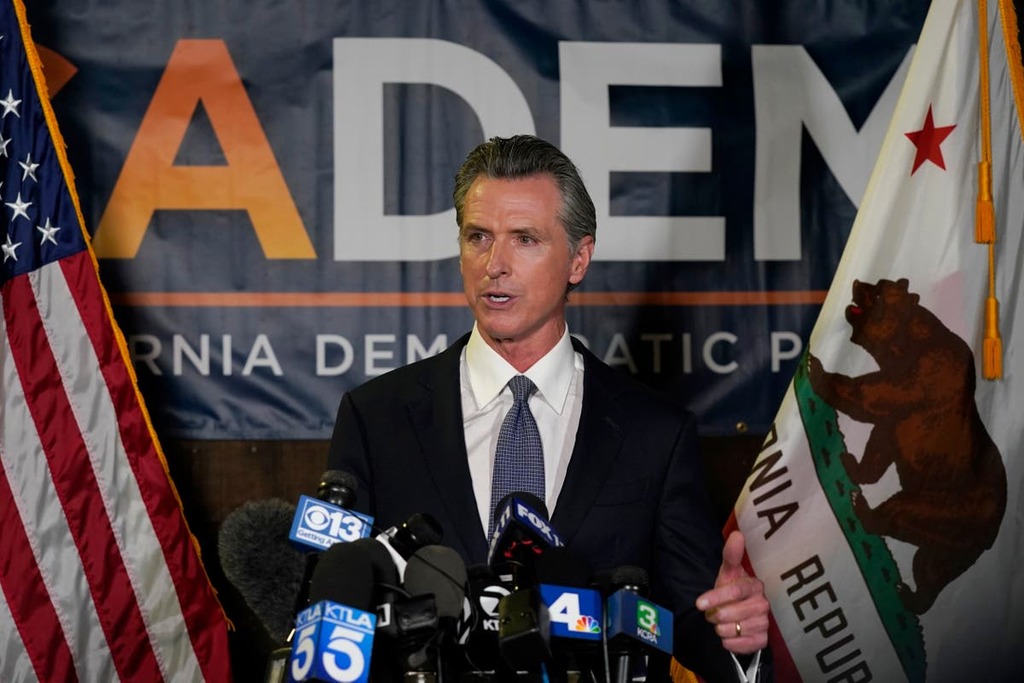 A poll worker was reprimanded during Tuesday’s recall election in California for wearing clothes that expressed support for former US president Donald Trump.

A photo of the worker at a polling station in West Hollywood wearing a “Trump 2020” hat and a T-shirt that read “Where’s Hunter?” (a reference to Hunter Biden) began trending on Twitter, leading to outrage.

The Los Angeles County Registrar-Recorder/County Clerk said late on Tuesday that the worker was contacted after these reports and “advised that the attire was inappropriate and unacceptable”. He is no longer serving as an election worker, they added.

The poll worker was not identified by the LA County. It is still unclear if the election worker was asked to leave or opted to do so after being reprimanded.

Meanwhile, California governor Gavin Newsom survived the Republican efforts to remove him from office in the recall election.

He told reporters late on Tuesday: “It appears that we are enjoying an overwhelmingly ‘no’ vote tonight here in the state of California.”

Mr Newsom became the second governor in US history to beat back a recall attempt. The only other person to ever do so was governor Scott Walker of Wisconsin in 2012.

Joe Biden had on Monday provided last-minute help to Mr Newsom and compared his opponent and leading Republican candidate Larry Elder to Donald Trump. Mr Biden had said: “You can either keep Gavin Newsom as your governor, or you’ll get Donald Trump.”

Mr Elder, even before the results were decided, had begun to make preemptive claims of voter fraud. But he quickly conceded after the results were announced, and called on his supporters to accept the outcome.