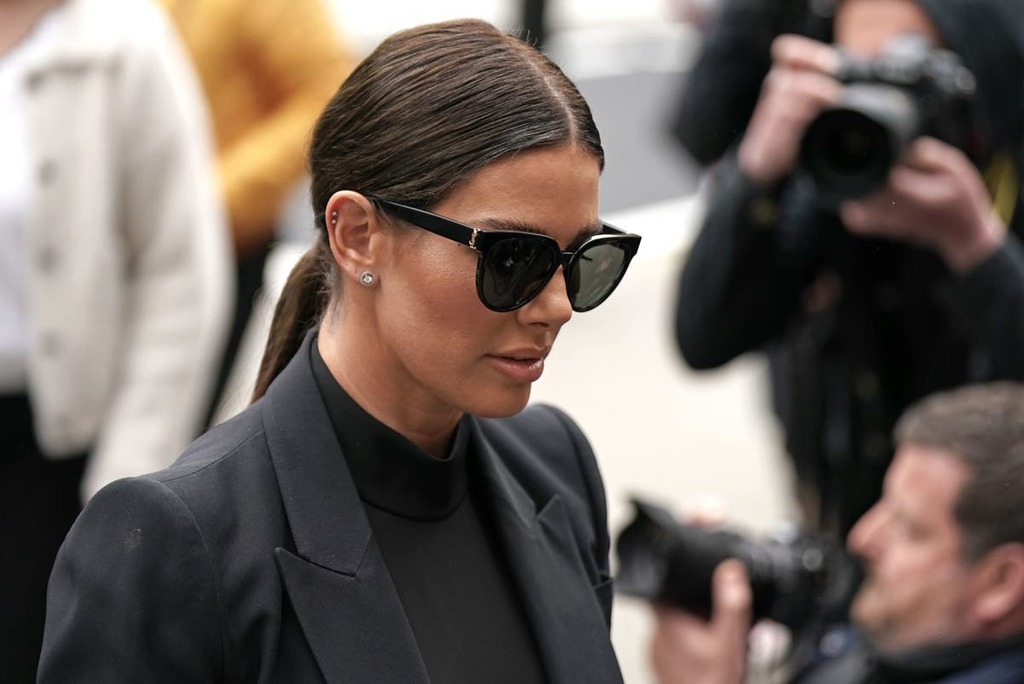 Rebekah Vardy was 'not thinking' when she called Coleen a pigeon

Rebekah Vardy said she was 'not thinking straight' when she called Coleen Rooney a pigeon.

Vardy was accused by Rooney of leaking fake stories about her in October 2019 after she uploaded several fake stories to her private Instagram account in a bid to find out who was “betraying” her. Rooney revealed she thought it was Rebekah Vardy's account on Twitter in her now-infamous Wagatha Christie post.

Vardy, 40, denies the allegations and is suing Rooney, the wife of England star Wayne, for libel. The mother-of-five became visibly more upset as the questioning came to a close on Thursda , asking for breaks in the hearing twice after becoming tearful.

At one point, Rooney’s lawyer David Sherborne was told to stop making “unnecessary remarks” about Vardy’s evidence. Here are six things we took from today's hearing.

Excerpts from Vardy’s interview for the Daily Mail with Alison Boshoff, the day after Rooney’s ‘It’s …. Rebekah Vardy’ tweet were read to the court. Vardy said in the interview: "Arguing with Coleen Rooney would be like arguing with a pigeon. You can tell it that you are right and it is wrong, but it's still going to s*** in your hair."

She also said in the interview that “a dozen” people had access to her Instagram account - but, in the trial, she has now admitted only four - herself, Watt, husband Jamie and his social media manager Adam Jones - had her login. Giving evidence this afternoon, she said: “I thought beforehand that other people had access.

“Rightly or wrongly, maybe that interview shouldn't have been done. I don't know. At the time I was speaking to Miss Boshoff I didn’t know what to think, I didn't know what to believe and that's what I thought had happened.

“I wasn't thinking straight the day after this had happened.”

The court heard a column was launched in The S*n called ‘Secret WAG’ in September 2019 that promised to reveal scandalous gossip from the Premier League. David Sherborne, for Rooney, told the court it had ended “ten or eleven days” after Rooney’s now-infamous tweet about Vardy.

A message from Kim Hart, wife of England goalie Joe Hart, to Vardy was revealed in which Kim said: “To be honest your name is going around so people think it's your column but I think it's The S*n just using the secret wag to write sh*t.”

Vardy told her agent Caroline Watt: “I reckon Coleen is telling people it’s me you know.”

Rooney’s lawyer claimed a message from Vardy to Watt about The S*n not using her pictures because “the other thing is running” is a reference to the column. Vardy denied she was the Secret WAG and said she was referring to an upcoming feature with The Mirror, adding the column was “absolute nonsense” and “garbage”.

Vardy was asked about her arranging for a paparazzi photographer to take a picture of her and other WAGs at a dinner during the World Cup in Russia in June 2018.

Messages between Vardy and Watt show them discussing how to prevent the other guests publishing photos of the group until a photographer had sent his own pictures to the press. Mr Sherborne said: “[The other WAGs] want to thwart the pap photos so they put their own photos online. You are saying [to Watt], get them out quick.

“Caroline Watt is trying to buy time for you by making sure the girls don’t post a photo on their own Instagram and deprive you of the exclusive.”

Vardy said: “Well it reads like that but I don’t remember it like that and to be honest I had been drinking quite a lot that day.”

The court heard Fern Hawkins, the fiancée of Manchester United's Harry Maguire, was at the dinner and complained to the Football Association about seeing a photographer waiting outside. She was said to be “upset, embarrassed and not prepared”.

Messages were read to the court between Watt and Vardy in which they discussed The S*n’s Andy Halls running a story about Rooney crashing a car. The court heard Rooney had not actually crashed her car.

Watt told Vardy: “Halls is trying to do a story on Coleen’s crash of her car but her PR wont even reply” and Vardy replies: “Haha yeah she defo did.”

Mr Sherborne said: “What Ms Watt is doing is passing on the information to him, which he knows is coming from you.”

Rooney’s lawyers have suggested Vardy “deliberately deleted” evidence including messages on her phone because they are “unhelpful” to her case. Vardy said the messages were deleted accidentally when she exported her messages to send to her solicitors as part of the disclosure process for the trial.

Mr Sherborne said: “Your expert has described that as somewhat surprising. Mrs Rooney’s expert says there is no possible explanation for how that happened in any other way than somebody manually deleting, a human deleting those messages on the phone.

“It's a suggestion you personally have deleted the messages on your phone.”

Vardy said: “With respect I have been accused of a lot of things.”

Vardy began to cry and needed a break after being grilled over whether she had changed her story about seeing a post on Rooney's Instagram page about a flood in her home’s basement. The story was one of the fake posts Rooney said she put up to find out who was leaking her private information.

Beginning to cry, Vardy said: “There was a lot of abuse during that time.”

Her position now is that she does not recall the post, the court heard.