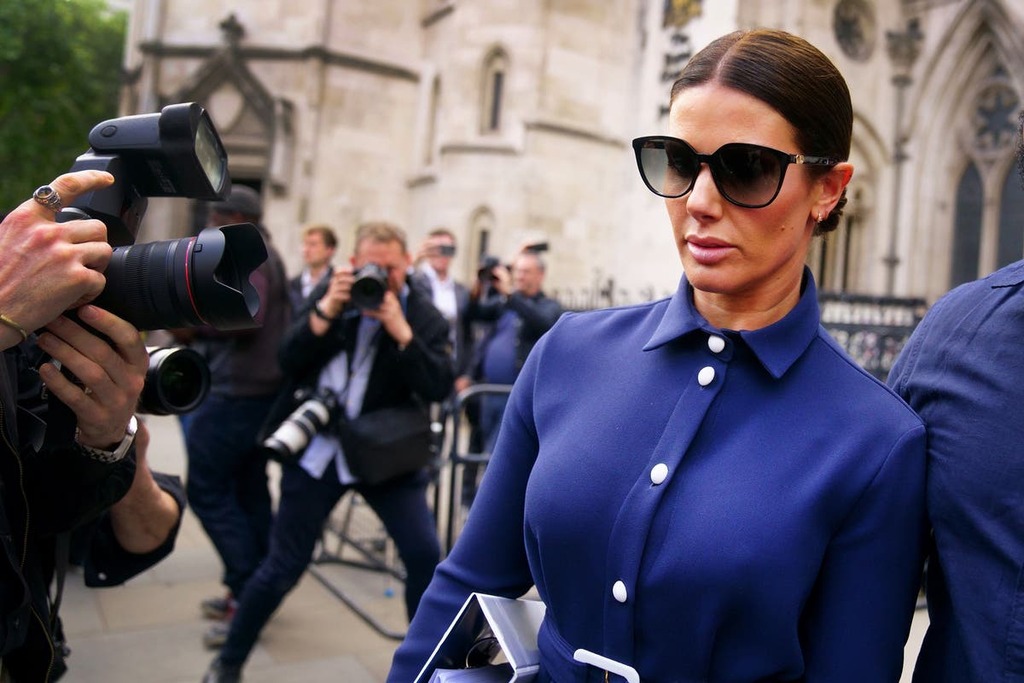 Rebekah Vardy to return to witness stand as ‘Wagatha Christie’ trial continues
The trial is due to finish next Wednesday.

Rebekah Vardy is to enter the witness box for a third time in her High Court libel battle against Coleen Rooney.

The TV personality faced about half an hour of questioning on the first day of the trial on Tuesday, before about five hours of cross-examination by Mrs Rooney’s barrister, David Sherborne, on Wednesday.

Mrs Vardy, who was watched throughout by Mrs Rooney, who sat metres away in the courtroom, at one point grew tearful at the start of a question about some of the abuse she and her family have received.

Mrs Vardy will go back into the witness box on Thursday and is expected to finish her evidence, with Mrs Rooney due to begin hers on Friday.

The wife of former England star Wayne Rooney publicly claimed an account behind three fake stories she had posted on her personal Instagram account with The Sun newspaper was Mrs Vardy’s.

On Wednesday, Mrs Vardy denied being prepared “to lie under oath” when she said conversations with her agent Caroline Watt about leaking information and receiving payment were “never serious”.

Mrs Vardy also said they were “gossiping” or she was “just joking” when questioned about messages between them allegedly about leaking information on a cheating footballer in 2019 and former Leicester City player Riyad Mahrez missing training in 2018.

In her written statement, Mrs Vardy said: “I have sometimes been caught up in the heat of the moment during conversations with Caroline where I have talked about ‘leaks’ and payment, but these conversations were never serious, and Caroline would have understood that.

“I have never been paid for private information about anybody apart from myself or my family.”

Mr Sherborne asked Mrs Vardy whether she still stood by witness statement evidence, to which she replied: “Yes, apart from the Danny Drinkwater one.”

She later told the court: “When I said I want paying for this, it’s a fleeting comment and something I probably considered at the time, but that was it.”

Rebekah Vardy to return to witness stand as ‘Wagatha Christie’ trial continues
The trial is due to finish next Wednesday.