Rebekah Vardy has told the High Court she was “just joking” following an allegation that she told her agent to leak a story about a celebrity having an affair with a footballer behind her husband’s back.

In a viral social media post in October 2019, Coleen Rooney, 36, said she had carried out a “sting operation” and accused Mrs Vardy, 40, of leaking “false stories” about her private life to the press.

Giving evidence on the second day of the trial, Mrs Vardy was questioned about messages between her and agent Caroline Watt about an affair between a “well-known celebrity” known only as Mrs F and a footballer referred to as Mr G.

Mrs Rooney’s barrister David Sherborne told the court Mrs Vardy had texted her agent: “Omg have you seen how badly Mrs F is behaving x … I’m actually disgusted by her x” followed by a message “leak the story about her shagging G behind H’s back”.

Asked about the messages, Mrs Vardy said: “I was just joking when I said this comment.”

The court was also told that Mrs Vardy told her agent she “wanted paying” for information about then-Chelsea player Danny Drinkwater leaving police custody after crashing his car in 2019.

Reading texts between her and Ms Watt, Mr Sherborne said: “You say ‘he’s only just been let out of the cells last night’ and then said you wanted paying for this.

Mrs Vardy confirmed “they” referred to The Sun, but, explaining the comment about being paid for information, she said: “It was a fleeting thought and one I didn’t consider any more then when I wrote it.”

She later said “it was something that wrongly I got involved with”.

She said she apologised and that the “messages were not good”, adding it was about something that “affected me very badly in the past”.

Earlier on Wednesday, Mrs Vardy told the court: “Ms Watt and I have been friends for a long time, sometimes our WhatsApps were outrageous.

“These are conversations between friends gossiping … They don’t read very well but there is always an explanation.”

Mrs Vardy also said that she was “just gossiping” when asked about messages sent to her agent about the failure of one of her husband’s then-teammates to come to training in 2018.

Mrs Vardy said: “It was speculation of just bits of information that I had heard and overheard, and also read in the press before.”

She added: “Yes, it doesn’t look good there, I was gossiping about things that were already in the public domain. I was just gossiping.”

She denied an accusation her agent passed information to The Sun about fellow Leicester players’ reaction to Mr Mahrez missing training.

When asked if Ms Watt had told the newspaper other players were “fuming” about the incident, she said: “That’s absolutely not true.”

Mrs Vardy later denied a suggestion that it was “standard practice” for her to leak private information to The Sun newspaper via Ms Watt. 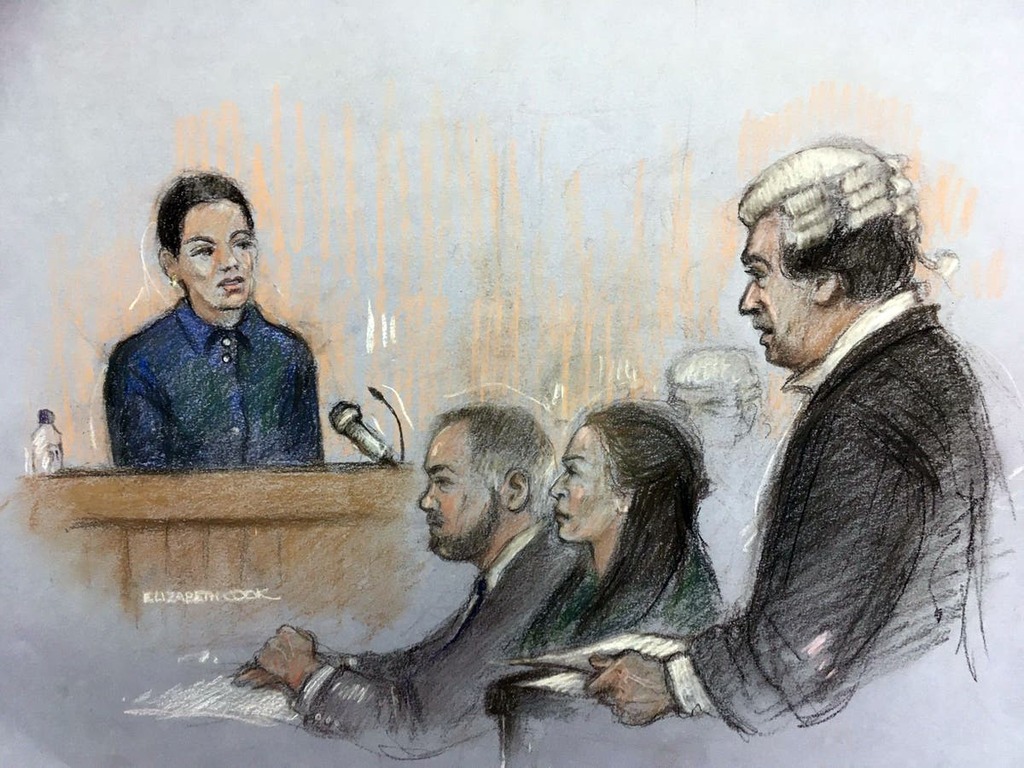 Rebekah Vardy tells court she did not leak stories about Coleen Rooney
‘I have been called a leaker and it’s not nice,’ Mrs Vardy told the High Court.

The libel trial is on its second day

‘The lads are fuming,’ court told she texted agent