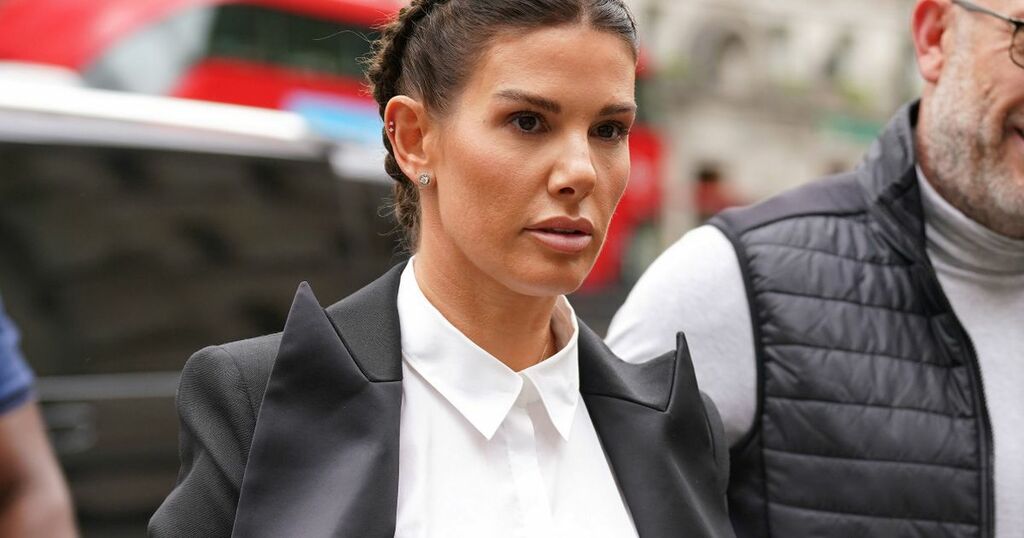 Mysterious Girl singer Peter, 49, has spoken in a lengthy video posted to his thousands of fans

These movies captured America's imagination in a way that couldn't happen today -- and maybe that's a problem.

Rebekah Vardy has said that she sent "personal messages" to Peter Andre and his wife Emily after the details of her 2004 kiss-and-tell interview resurfaced during her on-going Wagatha Christie libel trial with Coleen Rooney.

In the interview, Rebekah described the Mysterious Girl singer's manhood as a "chipolata", which was brought up in the ongoing court case at London's High Court.

Rooney decided to do her own detective work and uploaded several fake stories to her private Instagram account in a bid to find out who was “betraying” her before revealing it on Twitter in her now-infamous 'Wagatha Christie' post.

The mum-of-five denies the allegations and is suing Rooney, the wife of England star Wayne, for libel.

Giving evidence this morning, Vardy claimed some of the quotes in the article were not her own words, and she "deeply regrets" it.

She told the court: "There’s a lot of things in there that didn’t come out of my mouth and misrepresented and circumstances around that article I’m deeply sorry for.

"I was very young. I haven’t spoken to him but I sent both his wife and him personal messages a couple of years ago."

Vardy said earlier this week she was "forced" to do the interview by her ex-husband.

The 40-year-old was also asked by her barrister Hugh Tomlinson QC this morning about an article from the 2016 Euros claiming Wayne Rooney had told her husband Jamie she needed to keep a “low profile”.

Wayne, who was captain of the England squad at the time, had allegedly told Vardy to keep his head down ahead of a clash with Iceland.

Vardy told the court: "Jamie was quite angry actually, as he currently still is. That conversation never took place.

"Actually I had a conversation with Mr Rooney about it on Facetime as well and I asked him about it and he basically said it was a load of b******s.

“He said no-one said a word, probably the FA. I thought the media were trying to stir up problems, create unnecessary drama and create scenarios that just weren’t existing and didn’t exist.”

Vardy also denied instructing her agent, Caroline Watt, to look at Rooney’s private Instagram account to find information about her damaged car to feed to The Sun.

Mr Tomlinson asked: “Were you instructing Caroline Watt to go into the Instagram to obtain information to leak to The Sun?”

The court broke for several minutes after Vardy became tearful in the witness box talking about online abuse she received after Coleen accused her of leaking stories.

Mr Tomlinson asked Vardy why she had messaged a Sun journalist last year.

She said: “I was angry, I was angry at repeated articles mocking my misery, mocking my hurt, mocking my upset and them feeling like what was happening to me was entertaining.

“I didn’t find it funny. It was hurtful. It was upsetting. This was my life.”

Mysterious Girl singer Peter, 49, has spoken in a lengthy video posted to his thousands of fans