Rebekah Vardy looked to be enjoying a breather from the Wagatha Christie saga on Sunday as she took in her hubby's Premier League match.

Jamie Vardy's Leicester City welcomed Brentford to the King Power Stadium on the opening weekend of the new season and played out an entertaining 2-2 draw.

And Rebekah, 40, was all smiles as she was snapped in attendance cheering on her man as he contributed an assist while his team threw away their two-goal lead.

Her appearance comes after she lost her libel case against former pal Coleen Rooney, in which she was accused of leaking "false stories" to the press.

The mum-of-five still vehemently denies the claims which has left her with a reported £3 million to be paid in legal fees.

And she made her feelings known in an explosive interview last week with TalkTV.

Speaking to presenter Kate McCann, the WAG made a number of bombshell revelations throughout the chat and even broke down in tears at one point as she thanked her husband for his support throughout the case.

She also slammed the judge for "not understanding the case", saying: "I'm really disappointed. I didn't really expect it to go that way, but I think we had a judge who didn't understand the case and didn't look at everything.

"It feels like the judge just read what was written in the media and took on the narrative bias."

She also responded to the judge's ruling, where Mrs Justice Steyn said the WAG "clearly" knew of, condoned and engaged in leaking information to the press through her agent Caroline Watt.

While Rebekah was enjoying a weekend at the football, Coleen, 36, "danced the night away" at a Westlife concert on Saturday.

She enjoyed a night with pals at London's Wembley Stadium as the Irish hitmakers treated the crowd to a spectacle as part of their Wild Dreams Tour.

"Coleen looked ready to relax after what's been a stressful week," an onlooker said.

"She arrived with a group of girlfriends who were in good spirits and up for a night of fun as they chatted and drank together ahead of the show.

"The moon boot was off and Coleen dressed up in a pair of strappy sandals and colourful playsuit as she mingled with other concertgoers backstage.

"Coleen is a huge fan of the band and they mean a lot to both her and Wayne so seeing them play for the first time at Wembley stadium was the perfect way to let her hair down a week on from the Wagatha verdict." 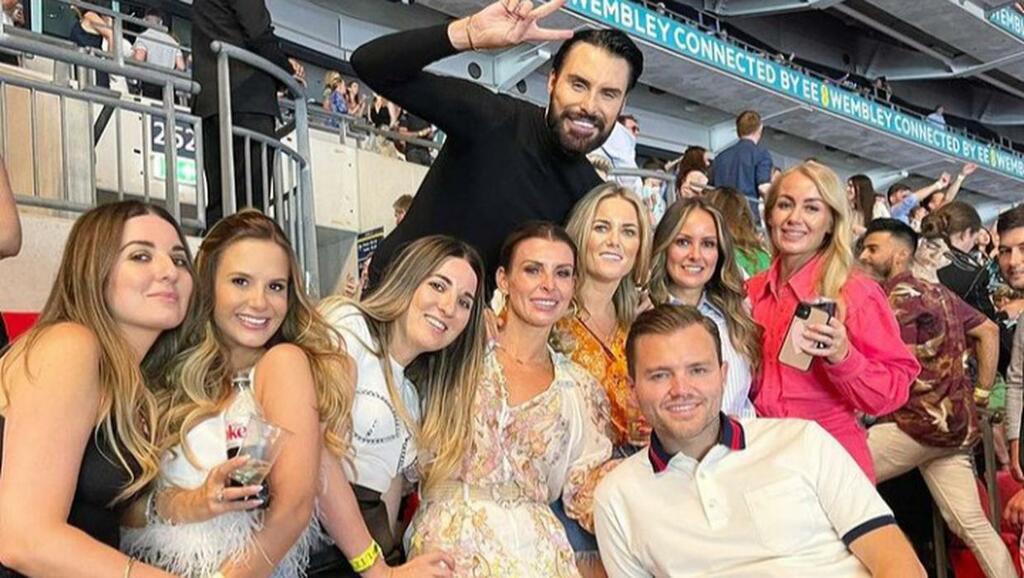 Irish Independent
From analysis to the latest developments in health, read the most diverse news in one place.
Coleen Rooney enjoys boozy girls night out at Westlife gig after Wagatha win

The WAG joined Westlife, Louis Walsh, Rylan Clark, Alan Carr, Jonathan Ross and other celebrities at a VIP after party

Rebekah Vardy, 40, and her footballer husband Jamie Vardy, 35, have reportedly been given the green light to begin the…

Irish Mirror
One place to find news on any topic, from hundreds of sites.
Coleen Rooney spotted on night out with Rylan after he 'needs her help'