Rebekah Vardy and Coleen Rooney's 'egos have got the best of them', says Angie Best

Angie Best has accused Rebekah Vardy and Coleen Rooney 's "egos getting the best of them" as the libel trial - dubbed Wagatha - rumbles on this week.

The WAGs have been at loggerheads since the latter accused Jamie Vardy's wife of leaking 'false stories' about her private life in October 2019.

Rebekah, 40, denies the allegations and is suing Coleen for damages for libel over the 'untrue and unjustified defamatory attack'.

As Coleen and Rebekah are set to face each other at the High Court once again today for day three of the £2million trial, former WAG Angie - who was wed to George Best and is mum to Callum Best - and lawyer Jonathan Coad appeared on Good Morning Britain to discuss the case.

Admitting she thought the case was a waste of court time, Angie told hosts Susanna Reid and Ben Shephard: " Of course they had their right to air their grievances but I just think it's really sad that it's come this far. And if these two girls can't fix it in the playground you have to go to the headmistress' office, I suppose!

"They're fortunate enough to be privileged enough to be able to do this, but I just think that their egos have gotten the better of them."

Susanna then asked Jonathan: "We're hearing the airing of a lot of dirty laundry in that court case and the only people that are benefitting are the lawyers - as a lawyer, is that the case?"

"In many ways, it is, I regret to say and I can own up on behalf of most lawyers," he replied. "It was always a huge risk for Rebekah Vardy because she was going to be very closely cross-examined and that process was going to bring a lot of dirt out and that is indeed what's happening.

"So I fear that as an exercise to protect her reputation, at the moment it's not going very well."

*Good Morning Britain airs weekdays at 6am on ITV 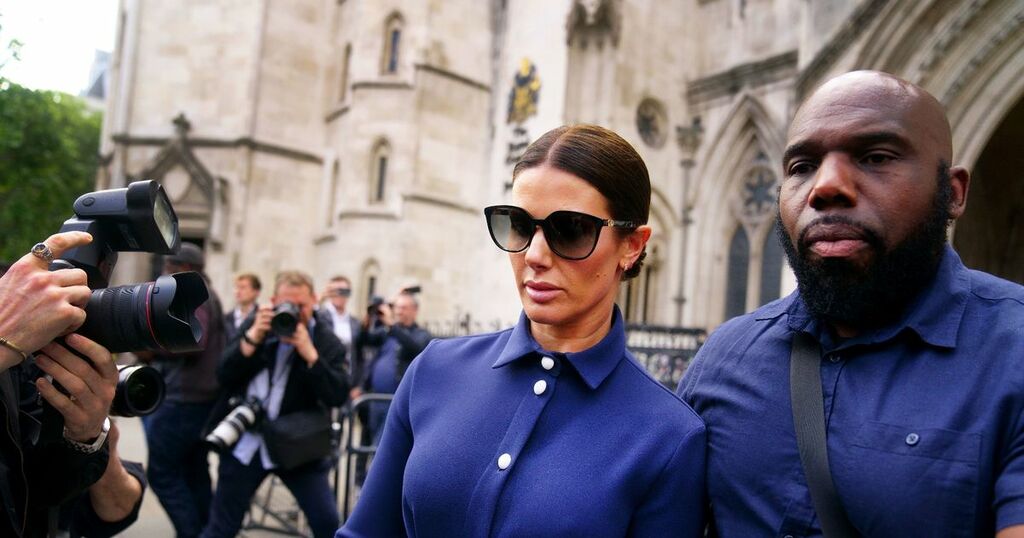