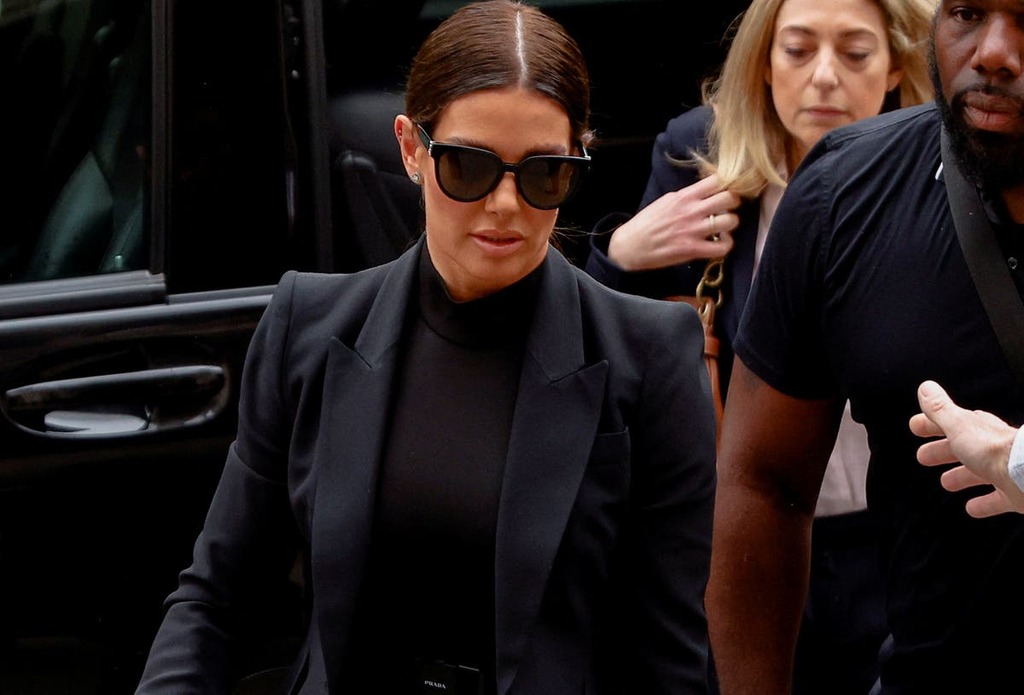 The Independent UK
One subscription that gives you access to news from hundreds of sites
Rebekah Vardy ‘tried to sell story about drink-driving player’, court told

The Telegraph
Get all your news in one place
Latest Entertainment news:

Pedestrian.tv
Read news from The Economist, FT, Bloomberg and more, with one subscription
Learn More
Activision Blizzard's ‘diversity tool’ impressed exactly no one

The Guardian - AU
From analysis to good news, read the world’s best news in one place
I was ready to play 'Horror Tycoon,' then I saw the developers' Nazi simulator

Rebekah Vardy has denied leaking a story to the press about a football player during her libel trail with Coleen Rooney.

The WAG has accused Coleen Rooney of leaking fake stories about her in October 2019 . Mrs Rooney, who is married to former England star Wayne Rooney, uploaded several fake stories to her private Instagram account in a bid to find out who was “betraying” her before revealing it on Twitter in the now-famous Wagatha Christie post.

Mrs Vardy, 40, denies the allegations and is suing Mrs Rooney for defamation. Vardy, who is married to Leicester City striker Jamie, is being taken through messages with her agent Caroline Watt while giving evidence at London’s High Court today.

She tells Watt in one message that Riyad Mahrez, who played for Leicester at the time, but now is a Manchester City winger, had not turned up to training and added: “The lads are fuming”. David Sherborne, for Mrs Rooney, asked Mrs Vardy: “She realises how juicy this story is. She says ‘really??’ with two question marks.

“What's interesting is that the lads are fuming. That's the inside story from the teammates, including your husband." Mrs Vardy said: “I was speculating. I overheard conversation, read things in the press.

"Lots of things were being said about what was said in the dressing room. I had read comments from his family as well. It was just gossip.”

Sherborne continued: “Did you or did you not know that the lads were fuming?” Mrs Vardy said: “No I didn't know that for a fact.” The court heard Watt then asked Mrs Vardy: “Why don’t you tell [Sky Sports journalist] Rob Dorsett?” to which Mrs Vardy replied: “I just don’t want it coming back to me”.

Watt is then said to have messaged: “I can tell someone” and Mrs Vardy replies: “Yeah, do it”. Mrs Vardy told the court: “I didn’t see what harm that comment would do. It was a bit of harmless gossip. I wasn’t in the dressing room so I can’t comment on what was said.”

After it was suggested her husband was in the dressing room, Mrs Vardy said: “I don't know if he was. This has got nothing to do with my husband.” An article in The S*n was then published stating that Mahrez’s teammates had “turned on him”.

Mr Sherborne said: “What they have in their exclusive, that none of the other newspapers have, is that Mr Mahrez failed to turn up as his teammates turn on him.” Mrs Vardy said: “This has nothing to do with me”.

The WAG was also asked about whether she had told Watt she wanted payment for a story about Chelsea player Danny Drinkwater being arrested for drink-driving. Vardy said the information was already on social media and the message about payment was “fleeting” and “not a serious comment”.

She said: “It was something I felt was dangerous and at the time I didn’t care if the information came out or not. And it was rightly something he should have to deal with.” After hearing The S*n had already had a tip-off and were preparing the story for their front page, Mrs Vardy is said to have told Watt: “I’m fuming I didn't give it to you earlier”.

Sherborne added: “Caroline Watt knows you’re fuming. She says: ‘Me too, that would have been a fortune’.” Mrs Vardy replied: “With laughing faces. If she was angry there would have been crying faces.“

Asked if she messaged Drinkwater to try and get his address so Watt could tip-off the paparazzi, Mrs Vardy said: “If I did message him, which I can’t remember if I did, I would have told him he’s a f***ing idiot.”

The court also heard messages between the pair discussing a well-known female celebrity, known as Mrs F, sleeping with a footballer, known only as Mr G, behind her husband’s back.

Mrs Vardy is said to have told Watt: “Oh my god have you seen how badly she is behaving. I’m actually disgusted with her.“ Leak the story about her sh***ging Mr G behind his back”.

During questioning about whether Mrs Vardy had asked Watt to leak a different story about a footballer who had cheated on his wife, Mr Sherborne said: “That was standard practice, wasn’t it, that you gave information to Ms Watt and she would give it to the S*n?”

“No,” she replied. The trial continues.

The Independent UK
One subscription that gives you access to news from hundreds of sites
Rebekah Vardy ‘tried to sell story about drink-driving player’, court told