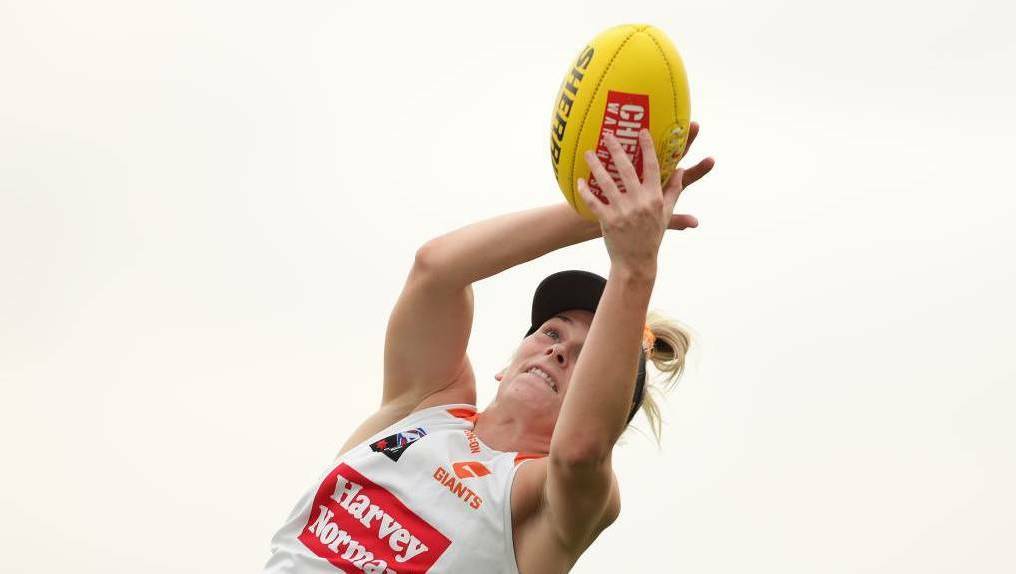 Reality is finally starting to hit Nelson Bay's Lisa Steane after another "unique" lead up to AFLW.

The 26-year-old, who recently signed a contract to stay at the GWS Giants until the end of 2023, said she was looking forward to watching the season opener on television after training before heading north to tackle the Gold Coast Suns at Mackay on Sunday.

"It's super exciting," Steane told the Newcastle Herald on Friday.

"After training today I'll go home and watch that game tonight, which is when I think it will hit home that this is actually happening.

"It's a strange feeling because it seems so foreign and so far away even though it's so close."

Ever-changing COVID-19 restrictions mean the Giants haven't played any trial matches ahead of round one despite having an extended pre-season training period.

"COVID has been a bit of an issue for us and a couple of the girls in our team have got it, but they've all followed the right protocols and luckily no one else in the team has really been impacted.

"We didn't get to play a practise match. We were meant to play Adelaide but unfortunately we missed that opportunity because of changes in border restrictions.

"It feels a bit bizarre but we've done a lot of match fitness, just against each other. It's been a bit of a unique lead up but I don't think AFLW has a normal at the moment. You've just got to go with the flow.

"It's awesome they've committed to get the season finished and that's all that really matters. Now the players do our role."

Steane says she's been doing everything she can to avoid coronavirus.

"I know how long and how hard I've worked to get here," she said.

"I haven't been eating out or going to cafes, I've been getting my groceries delivered, just hanging at the beach or with teammates.

"It's been a bit different but It's just head down, bum up, train hard and control what I can control.

"It could happen to me at any point, I could catch it at a petrol station, I've just been trying to alleviate that risk as much as possible."

GWS are set to officially announce their playing squad on Saturday.