Karim Benzema and David Alaba both scored as Real Madrid made easy work of Eintracht Frankfurt in the Uefa Super Cup.

Alaba scored in the first half, tapping into an empty net after a corner routine, before Benzema linked up with Vinicius Jnr to fire home a second after the break.

Benzema’s strike was his 324th for Real Madrid, and it lifted him to second in Real's all-time scoring list ahead of club legend Raul. Cristiano Ronaldo leads the way.

Europa League winners Eintracht had offered some resistance in the first half and had chances to score but were eventually overrun by the Spaniards.

The Italian had named the same starting 11 that began their winning Champions League final in Paris in May.

Eintracht were without playmaker Filip Kostic who is close to a move to Juventus, but looked more disciplined than in their 6-1 loss to Bayern Munich last week in their Bundesliga season opener.

They also carved out the first chance of the game when Daichi Kamada broke clear but could not beat Real keeper Thibaut Courtois with his low drive in the 14th minute.

The keeper, however, misjudged a cross in the 37th and was well out of position when Casemiro headed on for Alaba and the Austrian tapped in from close range for the lead.

Real stayed in control after the break, forcing another good save from Trapp in the 55th, knocking away a deflected Vinicius Jr shot before Casemiro rattled the crossbar with a shot from the edge of the box two minutes later.

The pressure eventually paid off when Vinicius Jr combined with Benzema -- the pair scored a combined 111 club goals last season -- and the French forward slotted in to kill off any lingering Eintracht hopes of a first ever Super Cup title. 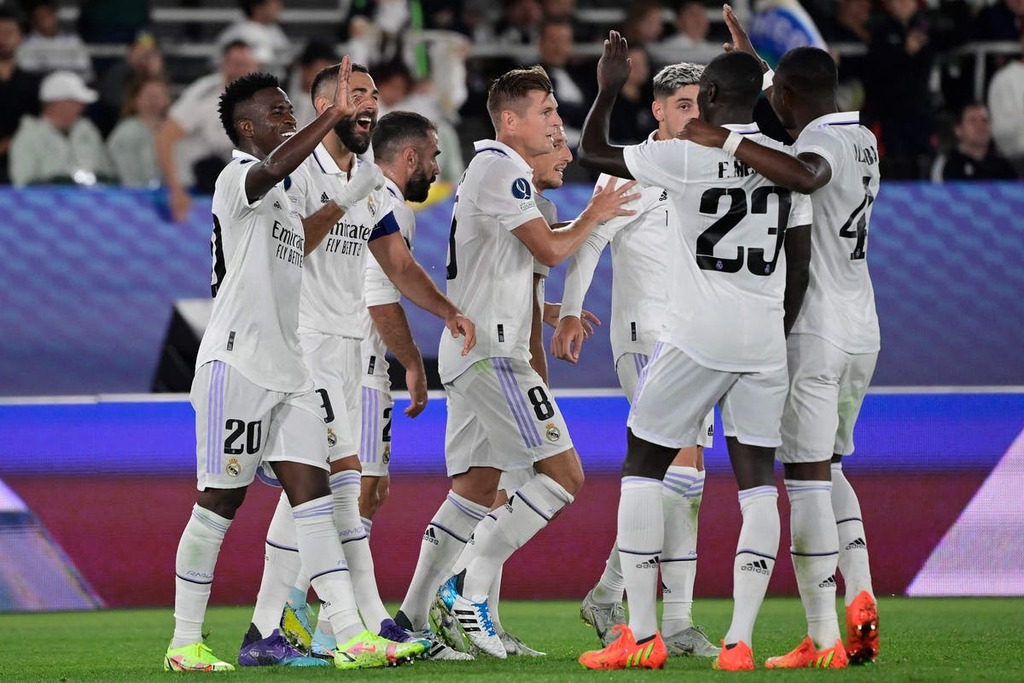 The Independent UK
From analysis to the latest developments in health, read the most diverse news in one place.
Real Madrid Beats Eintracht Frankfurt 2-0 for UEFA Super Cup

This time, there were only two goals. David Alaba and Karim Benzema scored in each half for Real Madrid to…

Real were too good for Frankfurt in Helsinki, where goals from David Alaba and Karim Benzema settled an enjoyable game

The Independent UK
One place to find news on any topic, from hundreds of sites.
Is Real Madrid vs Eintracht Frankfurt on TV tonight? Kick-off time, channel and how to watch Uefa Super Cup