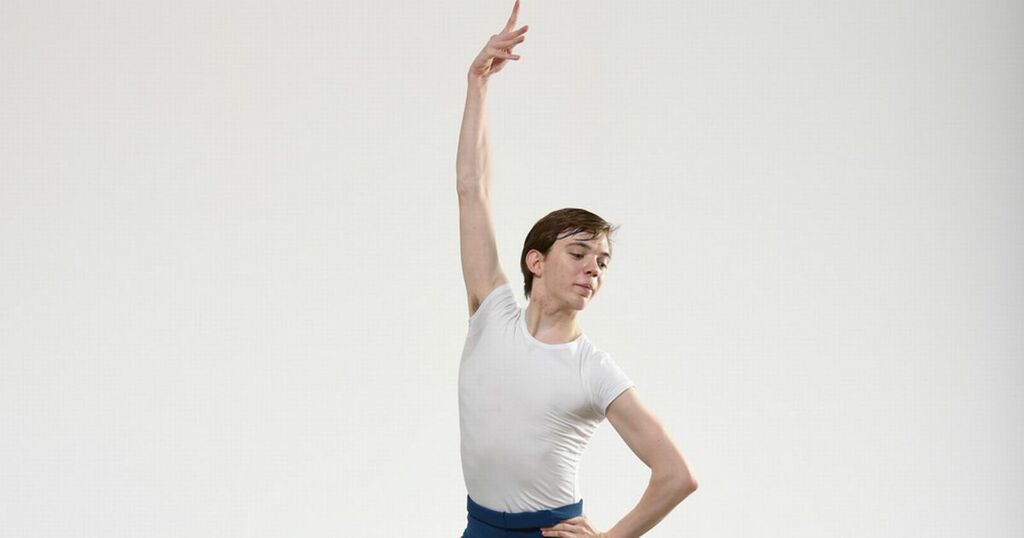 Chronicle Live
‘I still have dreams’: Woman who ‘hasn’t sat down’ for 30 years fears her legs will ‘fail at any moment’

Joanna Kilch, 32, of Staffordshire, is desperate to raise money for specialist physiotherapy so she can at least stay standing

The Independent UK
‘I can finally breathe’: Healthy nurse has breasts and ovaries removed ‘to see her sons grow up’

Rapper Quacey Goodman connected with pianist Taylor Bennett via Instagram during lockdown. They had rehearsed in person only once when…

Salon
From analysis to good news, read the world’s best news in one place
Use this marinade for juicier lamb chops

A real life Billy Elliot who was bullied at school because of a cleft palette causing a distorted mouth and nasal speech says dance helped him to find his voice and now he “cannot stop talking.”

Too self-conscious to express himself verbally, instead Connor Taylor, 26, threw himself into ballet classes from the age of 10 – like Billy in the hit film – as a positive outlet through which to express himself.

Enduring more than a dozen operations from rhinoplasty, or nose surgery, to bone grafts in a bid to fix his cleft – a gap or split in the upper lip or roof of the mouth caused when a baby’s face fails to join together properly in the womb – he also had hundreds of hours of speech therapy.

But Connor, of Plaistow, east London, who co-founded Adore Dance school in nearby Hackney Wick with his husband Joe Watson, 29, in May 2021, said: “Dance was my way of talking because I was so expressive when I was dancing.”

He added: “It helped me find my voice and I hope I can help others find theirs too.

“Now I can’t stop talking, I will even order food, which I could never do when I was younger. I have no more anxiety.”

Growing up in Doncaster, South Yorkshire, in a “big and loud” family of 10, Connor knew his cleft palate – a condition affecting one in every 700 babies in the UK, according to the NHS – made him “different.”

He said: “My mum and dad were quite harsh on me, to give me a tough skin.”

Connor added: “I’m so thankful for it now.

“I don’t want to say my appearance scared some family members, but I do think some were startled by me.

“Having a cleft palate isn’t a life-threatening condition, but the bullying, anxiety and operations are life-changing and become your every day norm.”

By the age of eight, Connor found dance as an outlet for his emotions and began training full-time at the age of 10 at the Northern Ballet Academy in Leeds, West Yorkshire.

He said: “I was always artsy and creative, but I was too shy for acting or singing, so I went to a local dance school on two nights a week.

“From there, I realised this was something I wanted to do seriously.”

And, at the age of 16 he became one of just 39 pupils  – selected from more than 350 who auditioned – to land a place at the prestigious Central School of Ballet in London, where he studied Professional Dance and Performance.

Graduating in 2015, Connor then travelled the world and performed in famous venues like London’s Royal Opera House.

But the 60-hour working weeks began to take a toll on his physical and mental health.

He said: “Dancing professionally and going to auditions on my own really helped me to develop my independence.

“It was also an incredibly cut-throat and demanding environment, though, and I wanted to go back to that feeling of glee and fun that dance gave me when I was a kid.”

Speaking out to mark Cleft Lip and Palate Awareness Week, which runs until May 15, Connor, who had his final operation in 2014, correcting the appearance of his lip and his nasal intonation, says his life decisions have improved his confidence more than the surgery.

He said: “Growing up, I was too embarrassed to speak because of my voice and it was difficult in school because other kids would make fun of me and mimic how I sounded.

“It had a massive impact on my self-confidence.

“Even as an adult, if I went out for food I’d never order, as I just never really felt like I could communicate.”

But, pursuing professional teaching qualifications through the International Dance Teachers Association (IDTA) in 2016, he came into his own in 2021 when he started Adore Dance with his husband, where he now teaches around 100 aspiring dancers of all ages and levels, who have become “like family.”

Through teaching, he says he is able to show young people how dance gave him the confidence to overcome life’s adversities.

“I think I feel like I have something to prove and just wanted to channel all of my energy into something positive,” he said.

“I had been silent for so long and now I can use dance to communicate with others and get people to feel confident about themselves.

“Dancing can be competitive and gruelling and intimidating, so I wanted to bring a level of comfort to learning.”

He added: “It helped me through some of my most difficult times and I hope it can help others, too.”

Describing 2021 as his “dream year,” Connor also married his partner of six years, Joe, in July.

He said: “2021 was an amazing year for me, I feel so lucky. I founded my dream school and married my dream man.

“During lockdown, I think everyone re-evaluated their lives and that’s when I realised I wanted to teach.”

“I decided to open a school. I wanted to give it a go, as I knew I’d always live with regret if I didn’t do it.

“And now I’m teaching five nights a week. It all boils down to having fun and making people feel good about themselves.

“We want to encourage anyone to give dance a go.

“We have around 100 students at the moment, which is absolutely crazy. I don’t know how it got this big in such a small period. I feel so grateful.”

Starting the dance school has also given Connor something to shout about.

He said: “As a teacher now, I have students who range from young kids to adults and they have such different levels.

“When I’m in my studio I’m in this bubble with the students and they’re here to have fun and learn a new skill and it’s an amazing social vibe.

“I try to project my confidence to them, as I’m at ease with the way I speak. I don’t let that hold me back anymore.”

He added: “I want them to know they’re doing great.

“When I was younger, I would barely speak. I had a group of friends, but I was never a loud person.

“Now I’m quite loud and I do shout a bit when I teach.”

And while surgery has helped Connor to fit in, he says dance and marrying Joe have helped him to really find himself.

He said: “As a child living with a cleft palate was difficult,  as I knew I was different to other people.

“There was always someone who would have something to say about the way I spoke.

“But dancing really showed me that being different is okay, and I was able to embrace who I am.

“I was so insecure growing up.”

Connor added: “I now always stress that we should treat people with kindness and how you would want to be treated yourself. If we did, the world would be a better place.

“If there’s something different about a person, it’s good to ask questions to learn and be respectful.

“And if you’re having issues with confidence, I would always recommend you try dancing.”

Chronicle Live
‘I still have dreams’: Woman who ‘hasn’t sat down’ for 30 years fears her legs will ‘fail at any moment’

Joanna Kilch, 32, of Staffordshire, is desperate to raise money for specialist physiotherapy so she can at least stay standing

The Independent UK
‘I can finally breathe’: Healthy nurse has breasts and ovaries removed ‘to see her sons grow up’

Rapper Quacey Goodman connected with pianist Taylor Bennett via Instagram during lockdown. They had rehearsed in person only once when…