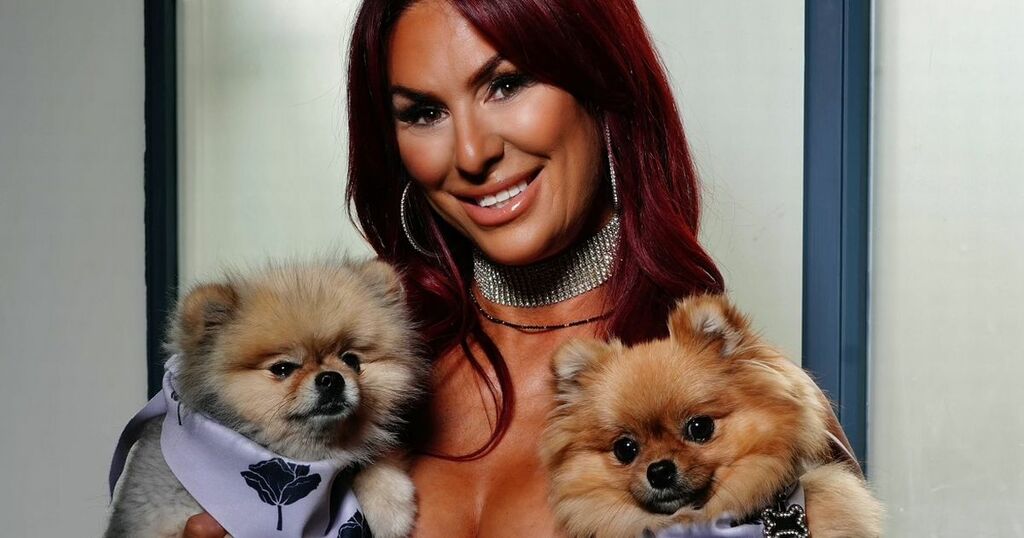 The Real Housewives of Cheshire star Lauren Simon has surprised fans by launching a posh fragrance for dogs so they can smell like their glamorous owners.

The reality TV star teased her new business venture with a glitzy campaign, setting pulses racing with sultry pictures of the entrepreneur in lacy underwear and suspenders.

After asking fans to guess what she'd been working on, they thought she was bringing out a lingerie range.

So they were bowled over to discover it was for her own pooch pampering collection including shampoo, conditioner and a pawfume - and it smells exactly like Lauren's Lauren Stone Number One perfume which she launched in 2016.

She told us: "I've loved dogs and horses all my life so I've made a perfume, shampoo and conditioner for dogs.

"The Cheshire Housewives are so glamorous so why can't they smell as good as us?"

Lauren has had interest from stores in LA for the range, which is now available from laurenstonecollections.com and this week it will be available online from Amazon and Etsy.

The mother-of-two was proud to see her eldest daughter Gigi, 16, who will join her mum in the current series of the ITVBe show, helping to sell the range at the recent DogFest at Tatton Park.

She held an opulent Alice In Wonderland theme launch at Richmond Tea Rooms Manchester with 200 guests starring DJ Darren Proctor from Greatest Hits Radio as characters sprayed the £16 fragrance into the air.

And unsuspecting guests thought it was Lauren's Number One perfume, a unisex fragrance with a rich spicy mix of amber, oud and sandalwood notes.

"It smells exactly the same as the human one," she said.

"But it's alcohol free and hypoallergenic for dogs."

She said about her event, where she was belle of the ball in a black Karen Millen dress: "I wanted to be the one to go out with a bang.

"It was about celebrating women and showing that women are powerful."

Lauren previously said about her £120 perfume: “I only wear perfume that you can’t get in this country because I hate people to smell like me - but now everyone is going to smell like me!”

She was scouted to be one of the original Housewives back in 2014 after she was spotted walking the family pet rabbit Sweetie in Hale village.

Lauren left the hit reality show after the eighth series in 2018 and returned to the fold last year.

She decided to leave the show while going through divorce proceedings following the breakdown of her marriage to property millionaire businessman Paul Simon.