Real carbon taxes are the next big political battle 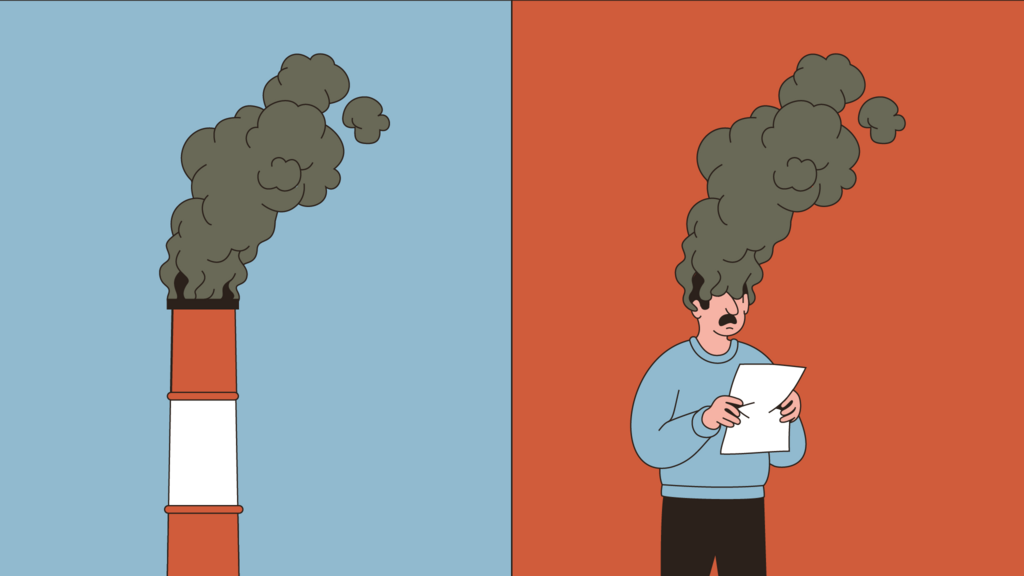 There is “no question of the lights going out” this winter, Britain’s business secretary Kwasi Kwarteng promised MPs, ominously, as gas prices jumped. “There will be no three-day weeks or a throwback to the 1970s.”

All of Europe is fretting about energy bills. Electricity prices are soaring for various reasons, including the post-vaccination economic rebound and a temporary gas shortage. Longer-term, though, consumers will increasingly butt up against a force whose very purpose is to keep fossil fuels expensive: carbon taxes. The EU’s carbon price has doubled in a year to a near-record €60 a tonne; Britain’s is higher still, at £56.14. Carbon taxes are already hastening the phasing out of coal, making gas even pricier.

We need carbon taxes. They are arguably our most cost-effective weapon if we’re going to have even a theoretical chance of cutting emissions by 45 per cent by 2030. But the moment carbon pricing actually raises the price of carbon, it will terrify politicians. Carbon pricing versus voters’ wallets is the next political battle of our time.

Until now, carbon taxes have been designed to be toothless. Even Sweden, which levies the world’s highest, has cannily exempted entire categories of polluters. Globally, only about a fifth of emissions are covered by carbon prices. Just 4 per cent are covered by a carbon tax of at least $40 a tonne — the minimum rate that might be compatible with the goal of keeping the rise in global temperatures well below 2 degrees. In fact, a tax rate of €120 a tonne would be “more in line with recent estimates of overall social carbon costs”, reckons the OECD, the rich-country club. Carbon pricing as it stands isn’t climate action; it’s just virtue-signalling. Any government trying to get more ambitious hits resistance. The uprising of France’s in 2018 sank Emmanuel Macron’s attempt to hike fuel prices by a few cents per litre.

Politicians are right to be scared, because higher carbon taxes will hurt. Even if there’s no hit to economic growth, spending will shift from consumption to investment. Gone will be that £19 London-Mallorca return flight on Ryanair. Our clothes, petrol, meat and coffee will all get pricier. We’ll need to send an army of workers around the rich world’s houses ripping out boilers, installing heat pumps and insulating attics. The felt benefit to homeowners will be rather less than when our great-grandparents got toilets and central heating. There will be new green jobs, but these might not pacify newly unemployed airline stewards, car-plant workers and coal miners.

Still, carbon taxes are finally going mainstream. In July, China launched the world’s biggest national emissions-trading scheme, while the European Commission proposed a carbon price on car fuel and heating for buildings. Even Canada’s Conservatives now back carbon taxes (provided they are harmlessly priced). The UN’s climate change summit in Glasgow in November will generate a new global push. But many voters won’t like it: much as they enjoy virtue-signalling, it’s not clear they want action. The galvanising effect of this summer’s climate disasters has already faded: July’s German floods are no longer expected to benefit the Greens in Sunday’s elections.

Given that realistic carbon taxes will be unpopular, how best to introduce them? Macron did the world a favour by test-running the least appealing version imaginable. His fuel tax had its biggest impact on an underprivileged group: poorer suburbanites and rural people who rely on cars. It offered them no alternative: where they lived, they couldn’t switch to public transport or bikes. It was introduced without consultation. It let off the rich: there was no comparable levy on, say, business-class flights. And proceeds went into the opaque national budget.

It would be fairly simple to design a smarter carbon tax. The consultancy Climate Focus has some tips. First, pay out the proceeds, especially to poorer people, so that voters come to think of carbon pricing as a dividend as well as a tax. In Switzerland, every recipient receives a compensation payment through the health-insurance system, with a letter explaining “why you are receiving XY francs”. Second, governments must offer people non-polluting alternatives. One model is London, where the £15 daily congestion charge imposed on drivers goes partly into public transport. Third: give people ownership of a carbon tax by consulting them first. Get them enthused about a shared mission.

France is now belatedly laying the ground for making carbon more expensive. To pacify the gilets jaunes, Macron held a “, which generated more than 10,000 public gatherings and 1.5 million individual contributions on how to achieve the “ecological transition”. France is building cycle lanes and 68 metro stations in Paris’s suburbs. Once they exist, carbon taxes will feel fairer. I remain extremely confident that global temperatures will rise by more than 2 degrees while we barely even pretend to do anything. But we could at least try.

© 2021 The Financial Times Ltd. All rights reserved. Please do not copy and paste FT articles and redistribute by email or post to the web.