Ready to conduct Plus One exams, Kerela govt tells SC 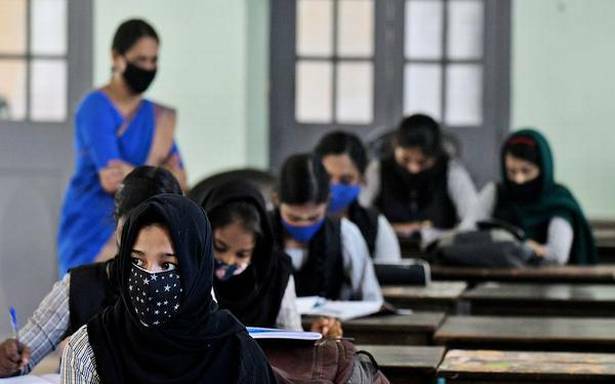 The State government has submitted an affidavit in the Supreme Court putting forward its case for conducting the Plus One higher secondary examinations in offline mode despite the recent stay by the court.

The case will be taken up for hearing again on Monday. The affidavit lays out the arrangements on the part of the State government for conducting the examinations by strictly adhering to COVID-19 protocols and guidelines issued by the health authorities.

It pointed out that the SSLC and Plus Two examinations had been conducted in April by observing all possible safety measures. It was the rising number of COVID-19 cases that prevented Plus One examinations from being held then. Students had been given advance notice about the Plus One exam dates to provide them adequate preparation time.

Moreover, the State had in July conducted the engineering examinations of APJ Abdul Kalam Technological University. The JEE (Main) session 4 was also conducted recently, from August 26 to September 2.

The State conducts public examinations for Plus One students, unlike other examination boards such as CBSE. As Plus One marks are counted towards the cumulative Plus Two marks to determine eligibility for higher education, the Plus One examinations need to be held for proper evaluation of students. Model examinations, conducted at home under the supervision of parents, will not be equal to board examinations and be a benchmark for academic eligibility.

The physical presence of students in schools would eliminate the hurdle of lack of electronic gadgets with them or connectivity issues and that of any possible question paper leaks, the affidavit said, adding that the examinations would be over by any prospective third wave peak in October. Students who had failed the Plus Two examinations earlier have to clear both Plus One and Plus Two subjects in which they had failed. Their prospects too would be hurt if the examinations were not held.

The government also pointed out in the affidavit that the High Court had held that there were no serious lapses on the part of the government in scheduling the examinations.

Minister for General Education V. Sivankutty had earlier made it clear that the government would abide by the decision of the apex court on the matter of the Plus One examinations.