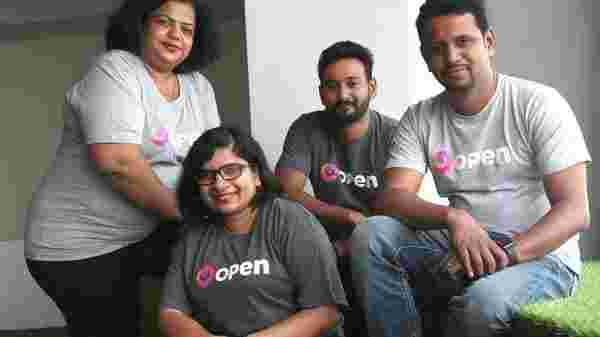 The Reserve Bank of India has selected Open Financial Technologies Pvt Ltd to build a blockchain-based cross-border payment system. Open Financial Technologies has been selected as part of the second cohort under the regulatory sandbox framework of the central bank. The theme of the cohort is how fintechs can solve today’s problems with cross-border payments.

Regulatory sandbox usually refers to live testing of new products or services in a controlled environment.

Under the second cohort, RBI received 27 applications from 26 entities of which eight entities, including Open Financial Technologies, were selected for the test phase. “The entities shall commence testing of their products from the third week of September 2021," the central bank said in a notification on Monday.

Open Financial Technologies was founded by Anish Achuthan, Mabel Chacko, Ajeesh Achuthan and Deena Jacob in 2017, and it offers banking, finance and accounting solutions to small or medium businesses, in single software.

For the cross-border payment system under the RBI’s regulatory sandbox, the start-up would use Hyperledger Fabric, which is a Linux-based open-source blockchain.

Today, there are two types of cross-border payments: one is Rupee Drawing Arrangement (RDA), which is used for individual remittances and the other is Online Payment Gateway Service Providers (OPGSP), used for fund transfers by exporters.

These processes typically require a lot of onboarding processes, including verifications, to be able to transfer money across the border. This increases costs and burden on freelancers or exporters.

For example, assume a customer is in the US and the merchant is in India. If the banks of these two entities don’t have direct inter-credit channel between them, they would have to rely on other financial institutions to establish the channel to make the payment. In this case, sending money from the US to India could take seven to 14 days, or even longer.

The startup, using its blockchain-based solution, is trying to cut short this time taken for collection of money against export of goods and services to four days and save as much as 30% in terms of costs.

“Basically, the payments trails are already established based on RDA or OPGSP frameworks. Where we are bringing in incremental value is by establishing a blockchain structure in the background. So essentially, when the payment is happening there is also a ledger that records where the payment is at every point in time. So, immutability is brought in into the whole transaction, whereby no transaction is ever lost from the system," said Achuthan.

According to the company, even with RDA and OPGSP, the money movement happens through an authorized dealer and a bank, and they transmit money with each other using Swift (the Society for Worldwide Interbank Financial Telecommunication). Swift enables financial institutions worldwide to send and receive information about financial transactions.

“There is a payment system and a messaging system. So, the messaging system for our solution will be supported by blockchain technology such that in addition to network costs and faster processing speed, all the parties involved will be able to have complete visibility on where the transaction is stuck at each leg. That’s the whole value blockchain brings to the whole picture," said Achuthan.

The start-up is starting with the US-India corridor and might look to add more corridors in the future.

Ajeet Khurana, founder, Genezis Network sounded a cautious note. "A central authority based blockchain, which technically is called private blockchain does not achieve very much. In fact, it has some advantages and several disadvantages over the traditional cloud-based database structure. However, even if it is somewhat decentralized public blockchain, for instance if Maharashtra uses blockchain to track movement of vaccine, that has phenomenal potential."