RB Mark Ingram emerging as key player for the Texans 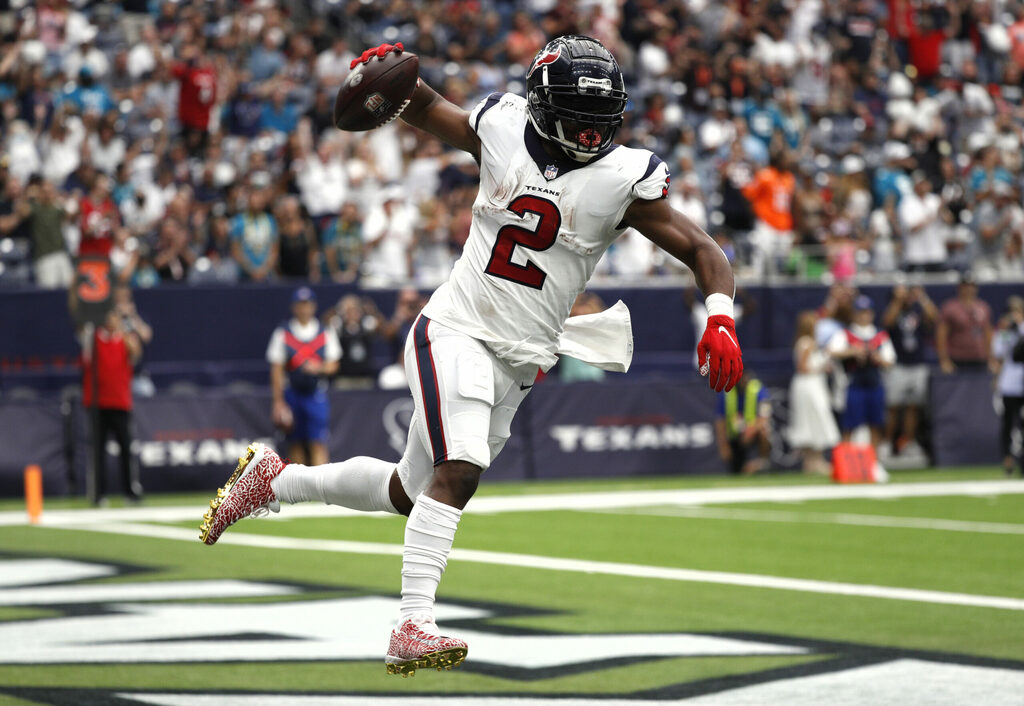 The Houston Texans released a “Mic’d Up” video from the team’s Week 1 victory, 37-21, over the Jacksonville Jaguars starring none other than running back Mark Ingram, one of the team’s copious free agent signings.

In March, the signing was considered questionable despite any familiarity with coach David Culley, coming from the Baltimore Ravens, due to Ingram’s age on a roster many considered to be ‘rebuilding.’ Ingram was coming off the worst season of his career. During the 2020 campaign, he averaged only 3.3 yards per attempt with the Ravens and given a career low 72 attempts after being benched in favor of rookie standout J.K. Dobbins.

The Texans’ already had their own aging running back in David Johnson, where was the need for Ingram?

That narrative was pretty quickly put to bed once the pads went on in July. Ingram opened training camp as the team’s starting running back on the depth chart and held that position for the entirety of the preseason.

Had to give everyone’s personal hype man the 🎙 Week 1 pic.twitter.com/95n5I9cUnr

On Sunday against the Jaguars, he showed the public why he’d deserved it. The Texans gave Ingram the rock 26 times for a total of 85 yards and a gritty goal line touchdown. His touches showed the most power and vision of any running back on Houston’s roster right now.

After being a pleasant surprise on the football field to kickoff his eighth season, the media department showed everyone he’s a pretty great teammate too. The video shows Ingram running around hyping up players in the huddle and individually on the side line.

One telling moment has Coach Culley talking to Ingram on the sideline where he reminds him, “Your presence on this football team and what you mean is very important. It isn’t just about yards, it’s about having you here.”

Ingram’s presence to not only carry the rock and be a force on the goal line, but also a transformational player in the locker room could be yet another positive development in what many had written off as a wasted 2021 in Houston.

The Texans are riding a waive of positivity after winning a game they showed they had no business being underdogs in. To win against Cleveland they’ll need more of the same from Mark Ingram and fellow standout veterans in Tyrod Taylor and Christian Kirksey.

Ingram and the Texans are hoping he continues to eat greedy and get his “first, second, thirds and a plate to go.”