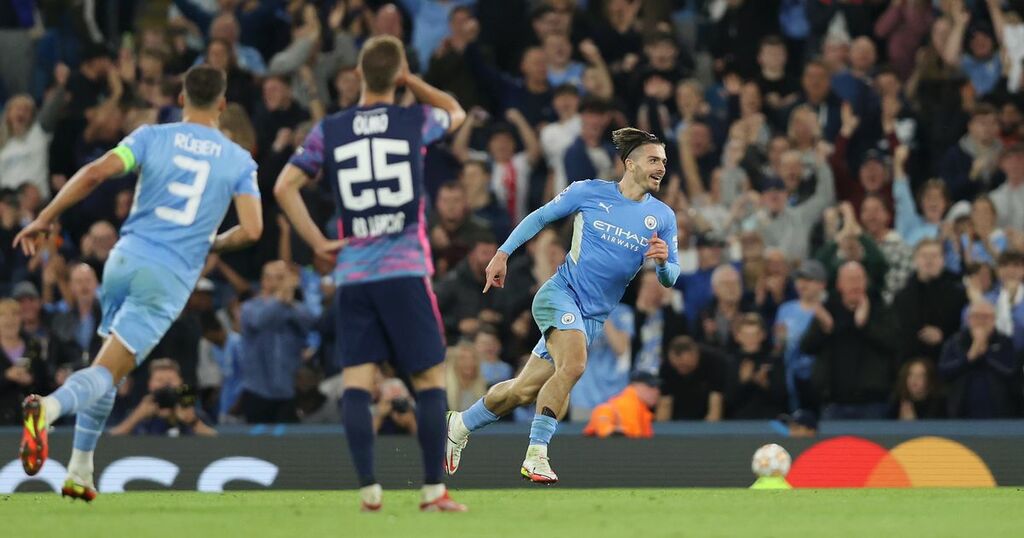 RB Leipzig fans have bemoaned their team's 'horrible' defending after their 6-3 loss to Man City at the Etihad.

Christopher Nkunku scored a brilliant hat-trick in a losing cause for the visitors in their opening Champions League game, who had former City left-back Angelino sent off in the second half.

Nathan Ake opened the scoring for City with Nordi Mukiele turning into his own net and Riyad Mahrez adding a penalty in the first half.

But Leipzig fans were left disappointed at the final whistle.

Taking to Twitter, one fan wrote: "Jesse Marsch better get a grip and fast or else he might be gone by Halloween. Man City away is always going to be tough but RB Leipzig’s defending was horrible today."

Another Leipzig fan added: "He better improve the Bundesliga form slipping dangerously close to that relegation zone. That usually catches managers the sack."

A third wrote: "Felt they should’ve continued in the direction Nagelsmann was taking them in being more dominate on the ball and solid defensively, JM is the complete opposite and plays and very aggressive high risk high reward style and yes his teams score goals but they also give up plenty."

In the group's other game Paris St Germain started with Lionel Messi, Neymar and Kylian Mbappe in attack but had to settle for a point in a 1-1 draw at Club Brugge.

Mbappe provided the assist for Ander Herrera to score his maiden Champions League goal for the away side, who saw Hans Vanaken level.