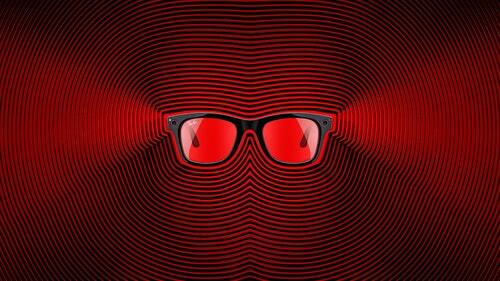 Ray-Ban Stories, the iconic eyewear company’s “smart glasses” collaboration with Facebook that absolutely no one except Mark Zuckerberg asked for and which will almost assuredly fail as pathetically as Google Glass, is now available. The glorified privacy violation aid can be purchased through Ray-Ban’s official site starting at $299 for nonprescription glasses, and up to around $615 — yes, you read that correctly — for a pair including progressive lenses.

RB Stories feature a pair of 5-megapixel cameras that can shoot video or stills, and the glasses can store around 30 videos or 500 photos (or a mixture of the two), small speakers built into the stems, and voice controls. There’s also a little LED light that lights up to let anyone around you know when the cameras are in use, although these have already been shown to be easily concealed with no effect on the Ray-Ban Stories’ actual performance.

This will end well for everyone involved, we’re sure of it.

In an attempt to mitigate security anxieties, Stories’ cameras rely on a standalone, Bluetooth-reliant app called View which stores any photos or videos taken with the glasses. These files can only be manually uploaded to Facebook and its umbrella apps like Instagram (or rival services, for that matter), there’s no live-streaming option, and they otherwise stay off cloud servers and directly on your phone. Of course, you’ll also need a Facebook account for all this to actually work, but that was inevitable.

It’s hard to see Ray-Ban Stories as much more than a shiny, 21st-century version of those ridiculous X-ray glasses available for purchase in those old Spy Magazine issues. Early reviews say the cameras take pretty good photos and videos... but so does that smartphone in your pocket, and you won’t be weirding out everyone around you by using it.

There is no real reason for Stories’ existence other than being a novelty, and to call them “smartglasses” is a stretch by any means. In all likelihood, Facebook’s new toy will go the way of the infamous Google Glass, relegated to a tech joke we can all laugh at down the road... at least, we hope so. The alternative — a bunch of people wandering the streets recording us whether we like it or not — happens enough thanks to the government. We don’t need randos at the park also getting in on the action.