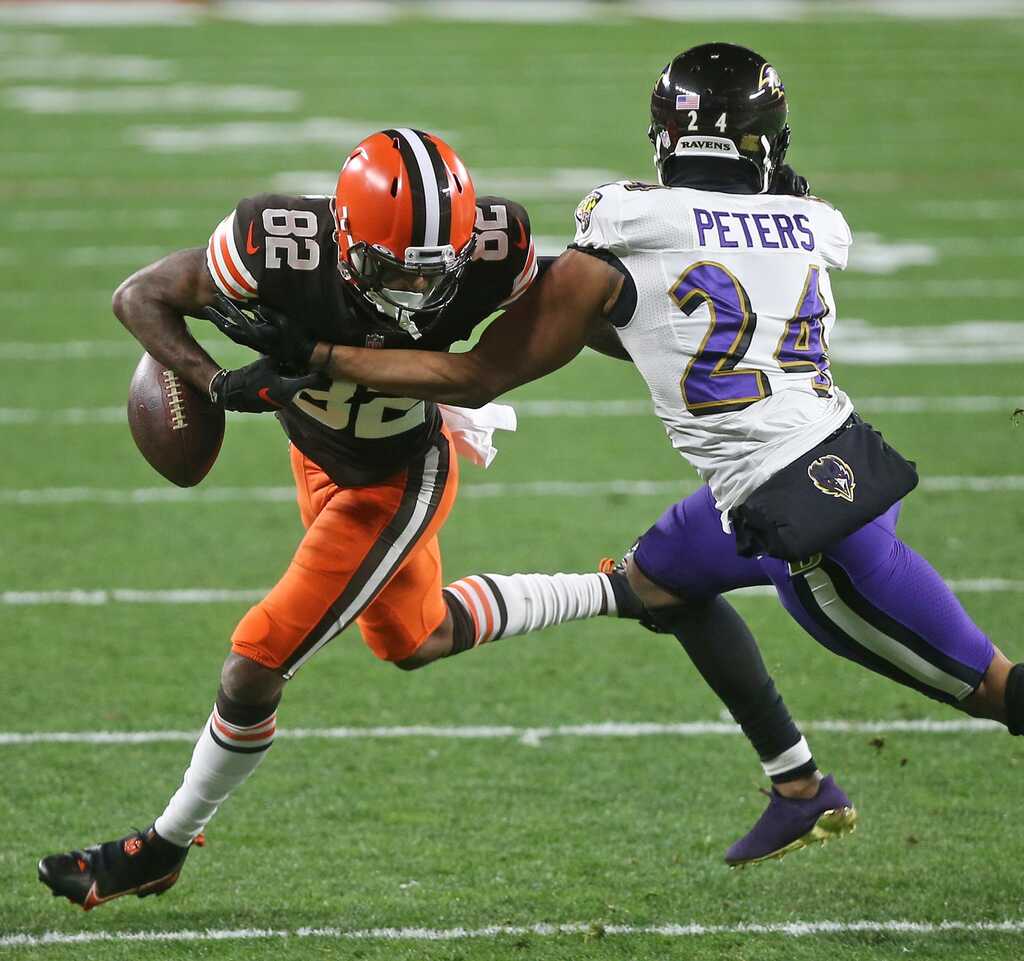 It’s not a good summer for the Baltimore Ravens. The defending AFC North champs continue to get bitten hard by a virulent injury bug.

This time it’s on the defensive side of the ball, and it’s very bad news for the Ravens. Top cornerback Marcus Peters tore his ACL in practice and will miss the entire 2021 season, per numerous sources.

It’s a huge blow for a Ravens team that has already lost two running backs for the year within the last 10 days. Starting RB J.K. Dobbins, who was expected to be the team’s feature back, and reserve Justice Hill are both out for the season with injuries suffered in practices. The new starting RB, Gus Edwards, also left practice with a knee injury that has Baltimore very concerned about his availability for the season. Even worse, the injuries came on back-to-back reps in Thursday’s practice.

The losses do make the quest for a division title for the Browns seem more attainable. Cleveland will not cry for their adversaries, not after the injury-ravaged season the Browns endured in 2020. But from a competitive standpoint, it stinks to see a team lose so many key players before the season even starts.

What’s left of the Ravens will travel to Las Vegas to face the Raiders on Monday night in Week 1.