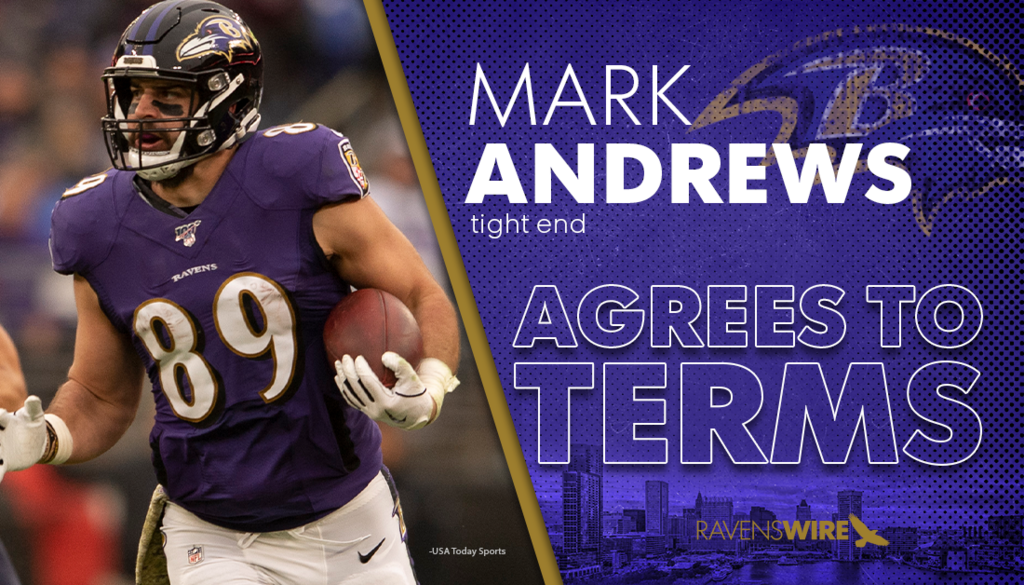 The Baltimore Ravens have signed a few of their key contributors to massive contract extensions recently, namely offensive tackle Ronnie Stanley and cornerback Marlon Humphrey. However they still have a few more big contracts to hand out, and on Monday night they signed a big part of their offense to a big-money deal in Mark Andrews.

An Andrews extension always seemed likely, and now it’s a reality. Ian Rapoport of NFL Network reported the details on the new contract, with Baltimore and the star player locking in a four-year, $56 million dollar deal that will make Andrews the third-highest paid tight end in the league.

Sources: The #Ravens and Pro Bowl TE Mark Andrews have agreed to terms on a substantial extension, with Andrews getting a 4-year deal worth $56M. The $14M APY means he’ll make more money through 4 years than any other TE in the league. 💰 💰 💰

That feels about right seeing as since 2019, Andrews ranks No. 1 in TDs, No. 4 in receiving yards and No. 5 in receptions.

Jeremy Fowler of ESPN reported the details of the contract.

This is a great deal for both Andrews and the Ravens. The fourth-year player gets the money he deserves while Baltimore is able to retain a great player while not paying him the most money at his position.

Over the course of his three years with the Ravens, Andrews has caught 156 passes for 2,105 yards and 20 tochdowns.