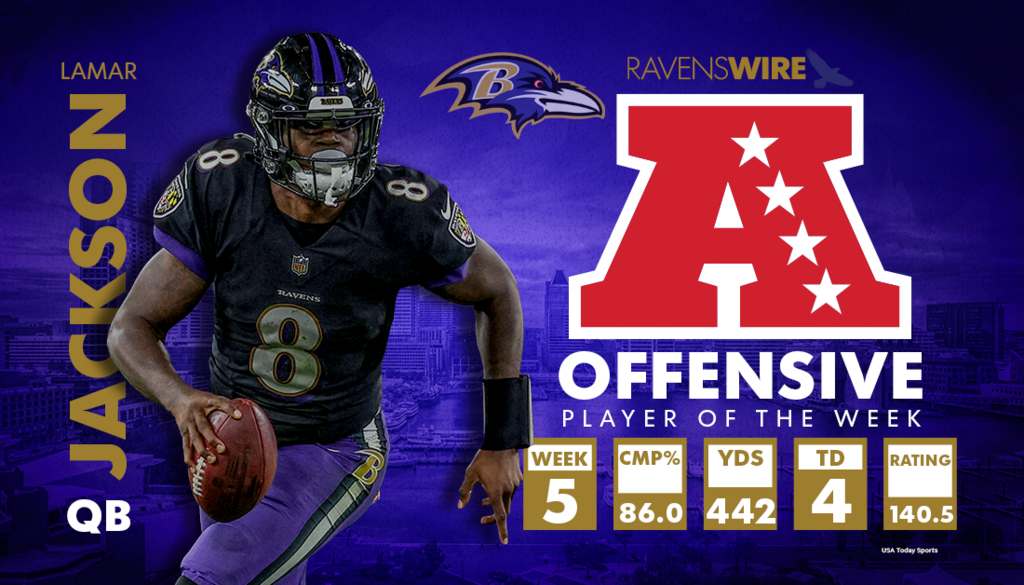 The Baltimore Ravens were able to defeat the Indianapolis Colts 31-25 in Week 5 of the 2021 season large in part due to the masterful performance of quarterback Lamar Jackson. The game looked to be all but over once Indianapolis went up by 19 points with just over three minutes to go in the third quarter, but Baltimore dug deep and found a way to pull out an incredible victory.

Jackson was truly a star on Monday night, completing 37 of 43 passes for a franchise record 442 passing yards and four passing touchdowns, while also rushing for 62 yards on 14 carries. On Wednesday, the quarterback was recognized for his efforts, winning the AFC Offensive Player of the Week award.

Jackson is playing outstanding football this season, and has definitely put himself in the early MVP conversation. The fourth-year player has taken a massive leap in 2021, showing once again that he is one of the best quarterbacks in the NFL. He will look to put together another great performance against the Los Angeles Chargers in Week 6.