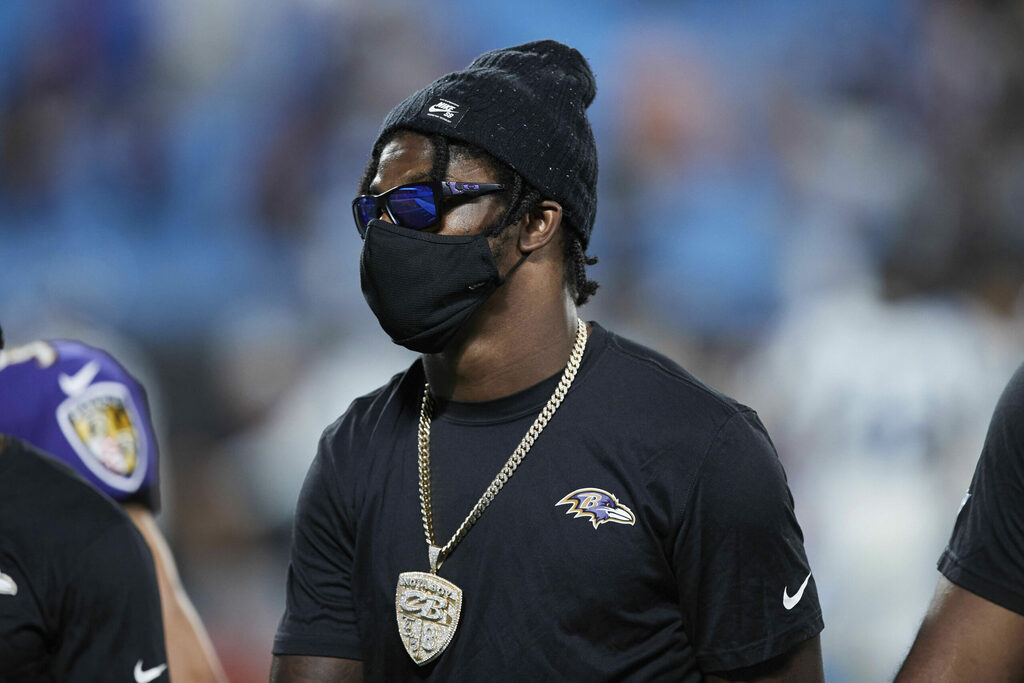 The Baltimore Ravens will be relying on quarterback Lamar Jackson to dominate the NFL game like he’s done over the first three seasons of his career. He now has the best receiving weapons that he’s ever had, and the quarterback should also have a much improved offensive line protecting him. Not to mention he continues to hone his skills and improve his game, which should lead to plenty of success.

On the field things look to be going smoothly for Jackson, but off of it he’s been a part of a very controversial topic. The quarterback has now contracted COVID-19 twice, and has been very mum on his decision to get vaccinated or not. However telling by the fact that he was wearing a mask on the sidelines at preseason games, it appears that the QB was unvaccinated at that time.

There have been a few reports that have surfaced about Jackson getting vaccinated sometime last week, but have yet to be confirmed. On Thursday the fourth-year player was asked about whether he has gotten vaccinated, and still declined to share his status.

Lamar Jackson when asked if he's gotten vaccinated: "I want to keep that between me and my family and the doctors. That’s all."

Despite staying mum on the topic, Jeff Zrebiec of The Athletic shed light on the fact that it might be easier to tell if a player is vaccinated or not than some people think.

Yeah, I think when you see him walking onto the practice field with a mask, that tells the story.

There’s no doubt that the COVID-19 protocols put in place favor vaccinated players. Jackson wouldn’t have to be deemed as a close contact, and there are also many other benefits that vaccinated players have in facilities and on game day. If he did end up getting vaccinated, it would make things easier on the Ravens from a football perspective based off of the protocols that have been required by the league.