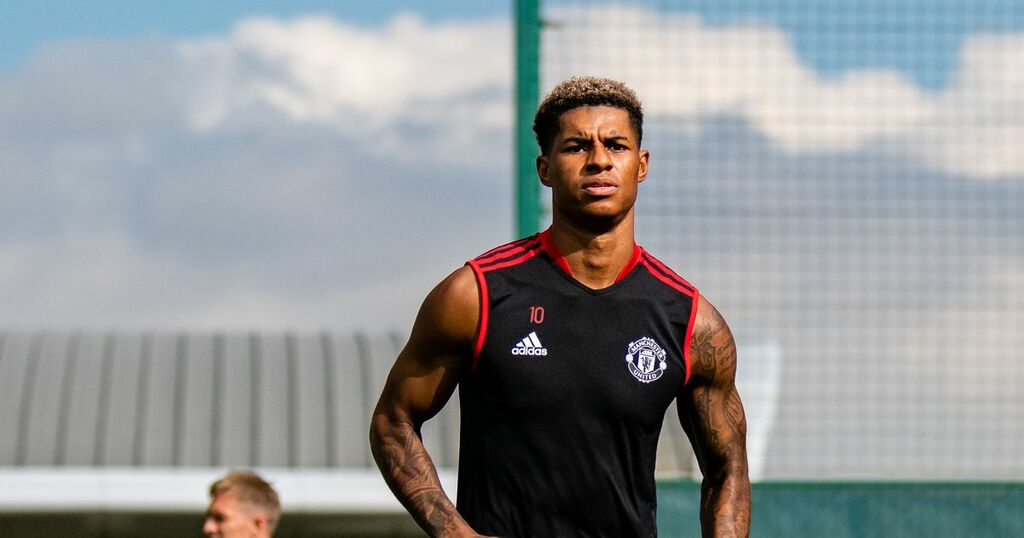 Marcus Rashford had an incredible campaign last season, scoring 21 goals and totalling 14 assists. In a campaign in which he played large parts nursing an injury, the numbers speak for themselves.

Rashford will look to pick up where he left off last season and appears to already be doing so as his first minutes in a match, albeit a friendly against Blackburn, he managed to score a brace as he returns to full fitness.

In the latest United on my Mind Facebook Live, United fan brands writers Omar Garrick and Casey Evans discussed all things United and of course the eagerly anticipated return of Marcus Rashford was met with high praise.

CE: “I think on his day, Rashford’s our best player. I know a lot of people say Bruno Fernandes revolutionised the team, Ronaldo is Ronaldo but Rashford is easily our best player. He’s the only player that if all else is failing, Rashford creates chances and still gets on the scoresheet because he has that inner belief.”

“Rashford proves one of the variables that we have over other clubs. Only Chelsea are similar in the fact we have a very good academy.”

“Rashford is an important player and there’s been a lot of talk going around whilst he’s been injured and at the back end of last season where he was tired, on whether he is even a good footballer. Which I’m really not agreeing with at all.”

‘He’s our best footballer and apparently in 60 minutes against Blackburn yesterday, he scored two goals and looked the best player on the pitch despite not playing any football in the last few months.”

“When he gets match fitness back and everything back to normal now he doesn’t have the shoulder injury, will he be the unstoppable force that we’re hoping for? I’m hoping I’m not getting my expectations too high.”

OG: “I cannot wait for Rashford’s return. He’s the one player Solskjaer has been desperately missing. He may not be the difference between United finishing third and winning the title, but he will certainly improve Solskjaer’s squad.”

“He offers width, he offers directness and United have struggled against teams who have played a low block and you need players like Rashford who draws players towards the ball and make them shift from their position.”

“Rashford will be a vital player for Solskjaer and United when he returns. It’ll be a big plus for the team when he’s back.”

What do you think of Rashford? Follow our United On My Mind team on Twitter and let us know your thoughts in the comments section below.