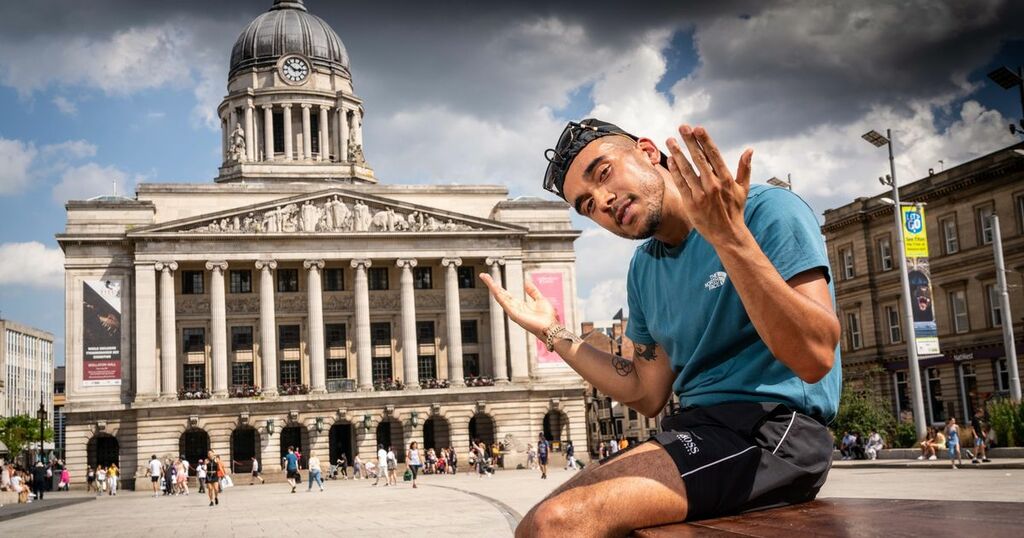 Artist Bru-C has become the first rapper to from the Nottingham area sell out Rock City ahead of his anticipated show.

The rapper, who is from Long Eaton originally and now based in the city, said he is feeling pumped ahead of the sold-out show where he will be performing for the first time.

Bru-C's family - including his mum and sister - will be at the show along with friends from his high school days.

The show takes place at the Talbot Street venue on Wednesday, September 8, but tickets have sold out months in advance.

The rapper said: "For me, I don't think there any words to describe it. I can't believe I'm the first rapper from here to sell out Rock City.

"I'm feeling proud of myself. As someone who grew up in Long Eaton outside the city, it's not really a place where anything drastically creative happens if I'm honest.

"I think I realised early on that I wanted to achieve something big. For other people coming from a place like that it might hold them back a bit, but not me.

"To be headlining a show at the biggest and most famous venue in the city, I'm speechless and so grateful.

"It shows that if you work hard at something, you can take off.

"Having my family there tonight will be big for me. They're a big part of my life and have been throughout my journey.

"I'm pumped up for the show and I'm absolutely ready to tear the roof off the place.

Bru-C is currently on tour and last night performed in Manchester, and in Dublin before that.

He has said he plans to do more shows at Rock City and Rescue Rooms where he has also sold out a show, but also has his ambitions set on a huge gig at the Motorpoint Arena in the future.

Speaking about selling out Rock City, George Akins, owner of the venue and managing director of DHP, which runs Rock City said: "It's an amazing achievement to see a Nottingham rapper making history at Rock City.

"Only a handful of acts from the Nottingham area have achieved this feat.

"It's good to see the list growing and after massive shows at Stealth and Rescue Rooms we expect to see Bru-C be around for a long time to come."