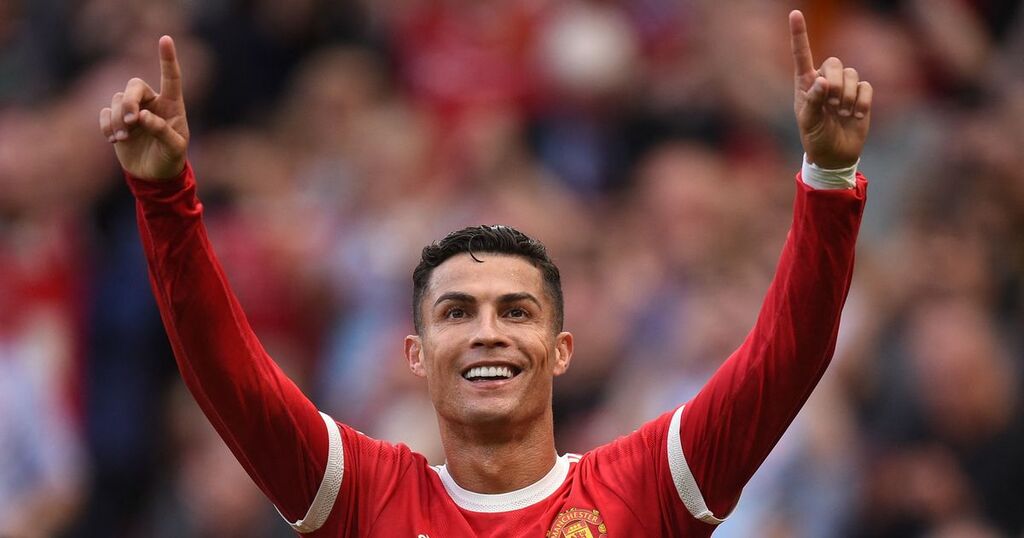 The Portuguese superstar scored two goals as his side cruised to a comfortable 4-1 win over Newcastle on Saturday, and the smile on his face as he left the field to rapturous applause told you everything you needed to know about his love for the club.

But just where does his second debut for Manchester United rank on his list of career debuts? Ronaldo has represented some of the biggest clubs in Europe during his 19-year career - not to mention representing Portugal a whopping 180 times - and we've ranked all of his six professional debuts before picking out the best of the lot...

After winning more than his fair share of trophies at Real Madrid, Ronaldo joined Italian giants Juventus in 2018 for a fee believed to be in the region of £100million.

He made his debut for the club in a Serie A game against Chievo, with the Old Lady running out 3-2 winners, though Ronaldo struggled to adapt to his new surroundings and was unable to notch himself a debut goal.

Juventus manager Massimiliano Allegri said after the game: “Physically, Ronaldo held out well on his debut considering he has only been training with us for seven days and he did really well.

“He pulled their defence around, he moved between the lines and, on several occasions, he wasn’t served with the ball. You can already see that he is a different player. I was struck by how easily he has blended into the team and he was very happy with the win at the end.”

At 17 years old, Ronaldo came off the bench for Sporting Lisbon to play just over half an hour against Inter Milan. His professional debut came in a Champions League qualifying match against the Italian behemoths, though his introduction wasn't enough to unlock the Inter backline as the game ended 0-0.

At the time, Sporting had just finished their celebrations after winning the Primeira Liga - a success which remains their most recent title win to date.

Portuguese journalist and writer Pedro Marques told UEFA in 2017: “I remember him doing a couple of dribbles down the right, to the delight of the crowd, but nothing decisive enough to help Sporting break the deadlock.”

By 2009, Ronaldo was already widely recognised as one of the best players in the world.

After six years at United, he moved to Real Madrid for £80m and he made his debut for Los Blancos in a goal-fest against Deportivo de La Coruna.

Here, his ‘penaldo’ destiny well and truly began as he scored from the penalty spot in the 3-2 win. Ronaldo went on to say after the game: “I felt good. It’s always important to get off to a winning start. I’m delighted that the team’s in good shape, now we have to continue improving.”

Ronaldo made his international debut by coming off the bench in a 1-0 win against Kazakhstan, and his performance impressed despite failing to score or get an assist.

Portuguese newspaper A Bola said of his performance: "He showed no fear of having the ball at his feet, taking on opponents and creating space with his astonishing dribbling ability."

The following year he was called up for the Portugal squad for Euro 2004 and he's since gone on to become the all-time leading goalscorer in men's international football.

He's not bad at football really, is he?

Ronaldo’s Premier League debut came against Bolton Wanderers as he was introduced with an hour to play. A fresh-faced Ronaldo won a penalty for his side but Ruud van Nistelrooy pulled rank to take the spot-kick (and was left red-faced after Jussi Jaaskelainen thwarted him).

United romped to a 4-0 win and although Ronaldo didn’t get on the scoresheet or create any of the goals, he sure did catch the eye of the managers.

Sir Alex Ferguson after the game said: "I thought the pace was too slow in the first half and I knew Cristiano would add penetration."

Bolton manager Sam Allardyce was also impressed by the youngster's performance: "He was different class. He looks a very exciting player and his introduction was crucial."

Ronaldo’s much-anticipated return to Old Trafford after 12 years was perfect.

After the coronavirus pandemic kept fans away from football stadiums for so long, the atmosphere in the ground is already electric, and Ronaldo's return couldn't have been timed any better.

He opened the scoring (obviously) and added a second as United won 4-1 against Newcastle United.

Manchester United fan Ram Amar spoke to Football London and explained just why this debut was extra special: “This has got to be his best debut. The atmosphere, the feel-good factor - he brought it all back to Old Trafford.

“Just look at the people and celebrities in the stands he attracted to this game, even at his age. To top it all off he scored two goals to win United the game - Viva Ronaldo!”

Which do you think is Ronaldo's best debut? Follow our new United On My Mind writer Renuka Odedra on Twitter to get involved in the discussion and give us your thoughts in the comments section below.