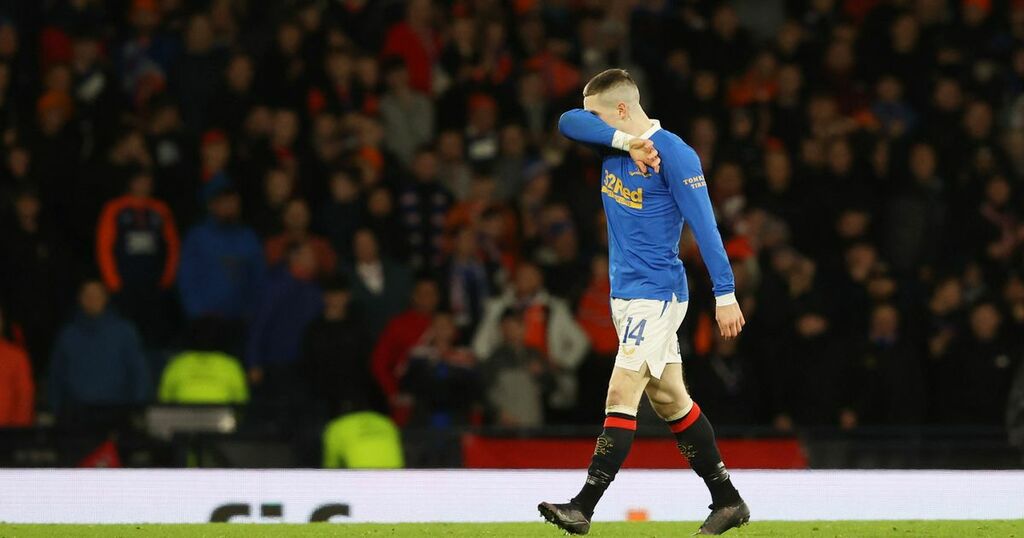 Hibs upset the odds at Hampden as a first half masterclass from Martin Boyle laid bare just how much work Gio van Bronckhorst has to do at Ibrox.

There was much fanfare about the new boss' presence in the stands but it took less than ten minutes for Hibs to spoil the party when Boyle arrived at the back post to bundle in the opener.

Rangers responded but looked disjointed in attack with a tame effort from Alfredo Morelos the best they could muster in response.

A quick counter then cut Rangers open as Kevin Nisbet's lofted pass picked out Boyle who raced in for number three.

Some clumsy defending then gave the Australian the chance to convert from the spot and he took advantage to claim a famous hat-trick.

Scott Arfield pulled one back for Gers before half time but aside from some huffing and puffing, the comeback never really looked on for Rangers.

Jack Ross' team managed the second 45 well and the win was sealed when Connor Goldson blasted over late on.

Here is how the Rangers players rated.

Exposed by his backline and no chance with opener and well beaten at his far post at Boyle's second before diving wrong way at penalty. 6

Inexplicable attempt to nurse a pass back to McGregor gifted Hibs their opener and it didn't get much better for the out-of-sorts skipper. Misplaced crosses and no killer pass. 5

Moments of slackness as he gifted away possession and headed wide with first half chance. Another who started the game in second gear and struggled to get up to speed as he lazily smashed late shot over the top. 4

Turned far too easily by Nisbet at Hibs second goal. Headed an effort just wide of target before the interval. Ropey and indecisive, vulnerable to anything played in behind him. 4

A couple of low crosses apart, the Croatian found the task of tracking Cadden enough of a chore. Capable of so much more but offered little in as an attacking force. 4

Architect of best moments for Gers as he drove forward with an urgency and denied a leveller by a last ditch block by Hanlon. Surprisingly replaced by Hagi in 70th minute. 6

Struggled to break free from the shackles of Doyle-Hayes and failed to provide enough invention as part of a malfunctioning Gers midfield. Another unable to pick a killer pass. 6

Unlucky with speculative strike from distance which was kept out by Macey in the 22nd minute before firing inches off target on the turn. Made no mistake with emphatic finish moments before the break. 5

Squandered a 13th minute glimpse of goal with a weak attempt which was straight at Macey. Uninspired, sluggish and caught on his heels at glaring 78th minute chance. 5

All too often muscled out of things as he opted to drift inside into traffic. Zero impact and lacklustre before making way for Fashion Sakala on the four mark. 4.

Replaced Kent but couldn't find a route to goal during waves of second half attacks. 3

On for last 20 minutes in a last throw of the dice but no moment of that badly creative spark. 3

Unlucky as his shot from 25-yards fell wide of target. 3

Thrown on in final moments for Balogun but damage was already beyond repair. 2

Too little to make a difference after arriving on the scene with the tie out of reach. 2