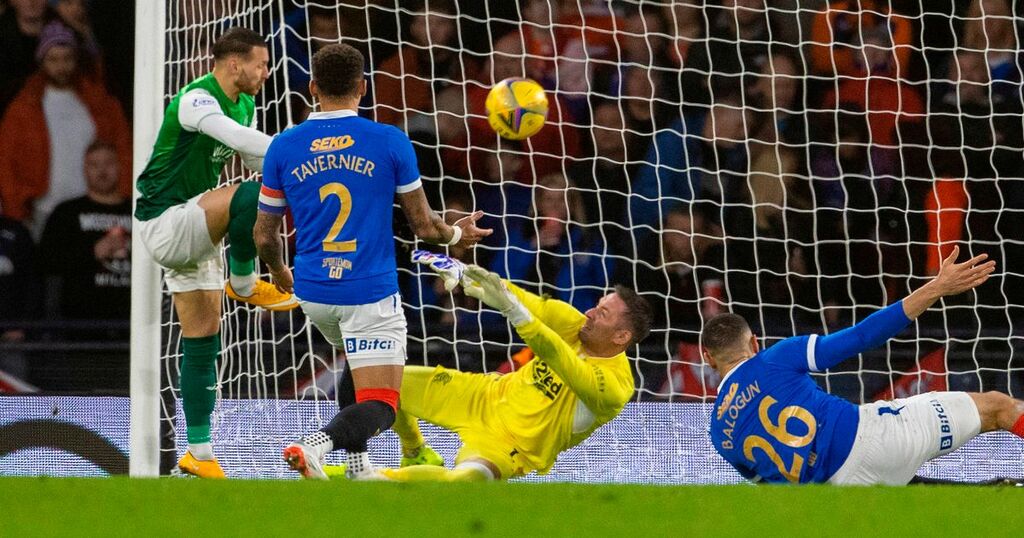 Gio van Bronckhorst could hardly have asked for a better first game in charge as Rangers brushed Sparta Prague aside to book their place in the knockout stage of the Europa League.

An Alfredo Morelos double was more than enough for a Gers side who responded to Sunday's Premier Sports Cup embarrassment in comfortable style.

The Colombian answered critics of his work-rate with a fantastic strike for the opener before taking advantage of some slapstick defending to head in a second.

But Allan McGregor was one of the heroes of the night as well with a spellbinding double save that kept the Czech side off the scoresheet.

Here is how the players rated.

Huge again. Bit stop in the first half and an incredible double save at the end to make sure Rangers got safely through. 8

Involved in the opener and caused problems all evening up the right flank. Comfortable at the back as well. 7

Under the spotlight after his comments after the cup defeat but he was rock solid and is bound to be back in the good books. 7

One of the changes made by the new boss and rose to the challenge. A physical presence and decent on the ball. 7

Made a terrific block when Sparta were looking to hit back and was much more assured going forward than he’s been at times this term. 7

Slightly different role in the midfield but as neat and tidy as always as he kept possession and shuffled the ball in to dangerous areas. 7

A cool head in the engine room. Suited him to have another body alongside him at times in a fluid system and needed his experience when it got nervy. 8

Thumped the bar with a brilliant early effort but missed a couple of great chances to add to the tally. A driving force in the no.10 role all night. 7

Lively out wide and played a key role in the opener, making sure he shuffled the ball through to Morelos when he looked second best. 7

Quick and direct from the off, he got at Sparta defenders and had them spinning at times. Deserved a goal. 7

Much more like his old self. He devoured the chances that came his way to get Rangers on their way and add to his incredible Euro tally. 8

Provided security up the right and an energy when it was needed. 5

Disciplined in the final stages. 4

On to give Gers an outball and he chased lost causes. 3