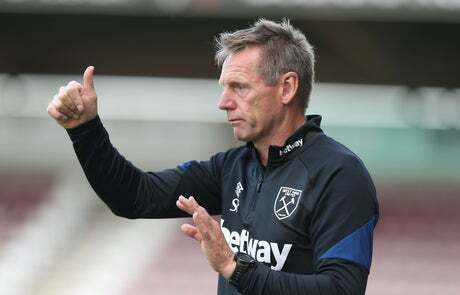 The Bills are doing their part to help the Buffalo community heal.

Conor Brennan says coaching at Rangers has helped his own game, as he tries to guide the next generation of Ibrox goalkeeping stars.

The 28-year-old Northern Irishman is an Academy coach, taking the under-18 shot-stoppers through their paces, while also turning out on a match-day.

Brennan will take East Kilbride Supporters' Player of the Year with him when he moves to League Two club Stenhousemuir after Sunday's Lowland League Cup final against Bo'ness United, and says the four years he has spent at Rangers has helped him develop his own game enormously.

He said: "Coaching is something that gives me a great balance at the minute.

“I’m coaching full-time and playing part-time, I’m an ‘A’ licenced coach and that even helps with my playing.

“I can identify stuff in the game now before it actually happens, whereas I couldn’t do that two or three years ago, and that helps me to help the lads in front of me as well.

“Rangers is a good place to work at the minute, it’s something I’m really enjoying, and I’m working with the under-18s who have just won the Youth Cup.

“Trophies is something I want to add to my game as a player, so doing that as a coach is brilliant."

Brennan added: "It has been really good. It’s a club that very much challenges you to be the best you can.

“With the goalkeeping side I’m really lucky to be in there, and with continuous personal development it’s a great place to work.”