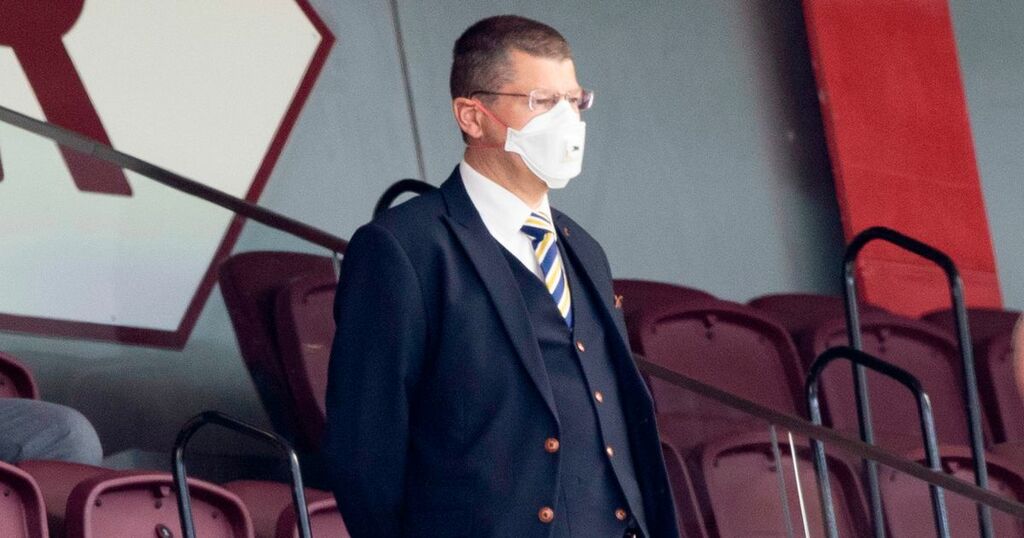 There was a red-card incident at Ibrox on Sunday which nobody wanted to talk about.

A breach of the rules so clear-cut it shouldn’t have even been up for debate.

Nothing to do with referee Nick Walsh or Hibs defender Ryan Porteous, this one was on the SPFL and Neil Doncaster is the one who should have walked.

The absence of away fans at Old Firm grounds these past few weeks has been a disgrace and Tuesday's news that the lockout will now come to end was long overdue.

It needed to be called out just as loudly as the over-the-top outcry to demonise a player for making a challenge for the ball.

I’d love our clubs to show the same amount of commitment to tackle Scotland’s big two for writing their own rules.

For the record and for the last time, it was never a red card, a fraction high maybe and Porteous missed the ball but neither did he touch Joe Aribo.

Let’s not allow that hullabaloo to deflect away from the biggest scandal at the weekend.

Why were there no Hibs fans there to see the game in the flesh? It’s a sad state of affairs that they had to sit and watch a beam-back at Easter Road as they weren’t allowed entry to Ibrox. It was an absolute nonsense and Doncaster now has to drag all relevant parties around the table to make sure there’s no repeat.

He needs to do more for his money but we need our clubs to stand up for themselves.

Away fans will now be allowed back after the football authorities removed the mandatory use of Covid “red zones” at games.

But even when these red zones were necessary it was out of order for Rangers and Celtic to refuse away fans so they could accommodate season-ticket holders.

It appears they are just doing what suits them without any reproach.

A few clubs stepped up. Motherwell and Hearts sent a letter to the SPFL and Hibs had their say as well but it requires every Premiership board to step up to the plate.

Is the league being bullied by the Old Firm?

Our clubs need to be stronger, they must demand more from the SPFL and the SFA as this is a sporting integrity issue.

It’s not right and demands some leadership but where is Doncaster? The guy’s salary is a fortune, it’s time for him to earn it and get this sorted. The danger is we have a tit-for-tat scenario if red zones need to come back where the likes of Hibs and Hearts shut out Old Firm fans from games in Edinburgh.

It’s a dangerous road we are going down. That decision by the big two was killing the atmosphere.

What’s happened in the last few weeks is an extension of their decision not to allow rival fans into their respective stadiums for Old Firm games. It was just done under the cover of Covid.

That said, having a stadium with only Rangers fans wasn’t helpful for the first half an hour against Hibs. Before the red card the Hibees were excellent and had control of the game, they scored the opening goal and Rangers fans were starting to turn on the players.

It had been the perfect start for Hibs, gaining a lead against a tired Gers side who were hearing the grunts and groans.

A perfect storm was brewing only for the dismissal of Porteous, left, to completely change the dynamic.

It’s my opinion and we will never know if I’m right but Hibs would never have lost that game had they managed to keep 11 players on the pitch.

What impressed me most is that they didn’t capitulate when they went a man down.

They were in the game right to the last seconds. It only takes one set-piece and they could have come away with a point.

I watched Steven Gerrard’s wild celebrations and it told me a story. It was a combination of the criticism which he’s been taking and relief at fighting back from a goal down after weeks of grinding out results.

His reaction was a backhanded compliment to the opposition.

Forget all the noise about Porteous, Hibs showed they are a good side on Sunday and it was a continuation of what they’ve shown during the first quarter of the season. It’s just a pity they didn’t have their own fans inside Ibrox to see it.