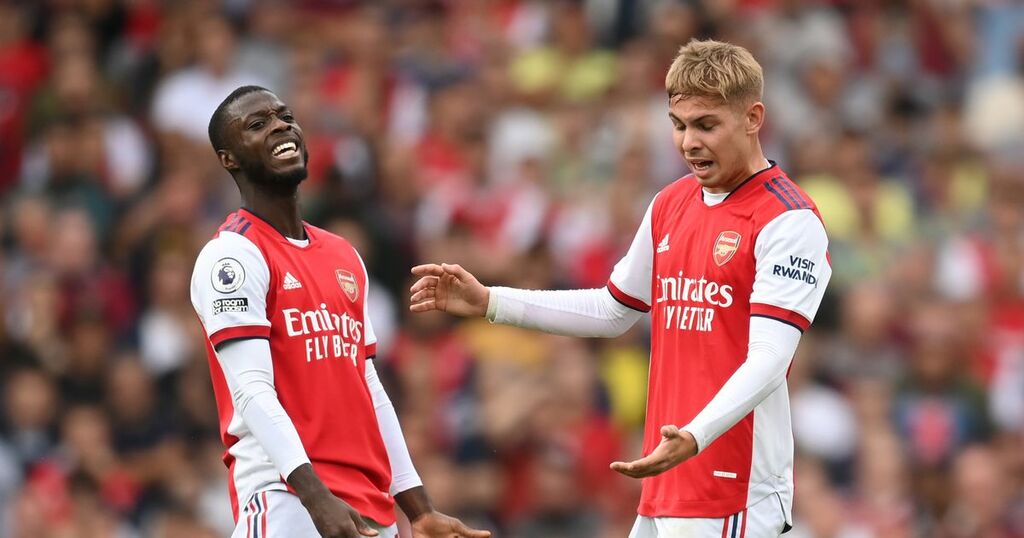 It seems strange to say, but Arsenal's game against Norwich is probably the most important of Mikel Arteta's managerial career so far.

After a start that has seen the Gunners pick up zero points from three games, conceding nine and scoring zero in the process, the pressure is firmly on the Spaniard who needs a win.

However, it has been slightly harsh to jump to any concrete judgements before the international break due to the amount of senior players out due to injury and illness, as well as some late arrivals in the transfer market.

Now though, there are no more excuses.

Except for Granit Xhaka, Arteta has more or less all of his first team available to him now, and getting the line up correct against Norwich will be vital if he is to stave off criticism from a potentially furious Emirates faithful.

Luckily though football.london 's Arsenal writers are on hand to decide who the Spaniard should pick.

Arsenal are likely to dominate this fixture and especially because it is at home we should revert back to four in defence.

There is no better way to start your first Premier League match for Arsenal than a game at home against Norwich. Aaron Ramsdale must start as it bodes the opportunity to ease him in rather than throwing him in the deep end.

Takehiro Tomiyasu should also be given a Premier League debut considering the lack of quality of the other options we have at right-back, so he should automatically be bought in.

It is also the perfect opportunity to get the Ben White and Gabriel partnership up and running.

Due to Xhaka’s suspension it is a no brainer to start a Thomas Partey and Albert Sambi Lokonga pivot.

Considering Emile Smith-Rowe’s illness and absence from training, Martin Odeegard should get the nod especially with how he has performed during the international break. Nicolas Pepe can get his season started with a Premier League by starting him on the right-hand side.

There seems to be a lot of debate over whether Aaron Ramsdale should get the nod against Norwich but for me it's still too early.

Bernd Leno was the main reason Manchester City only scored five at the Etihad, and the German should be given the opportunity to lose his place, even if it does seem inevitable that Ramsdale will eventually become the number one.

In front of that I'd like to see Arsenal go for a back three. For me it makes up for the respective weaknesses the Gunners central defenders, while also providing a bit of defensive cover if they decide to press high.

My three man defence would not include new signing Takehiro Tomiyasu though, as I think he may need a bit of time to bed in before being thrown straight in to the intensity of the Premier League. As a result I'd go for Rob Holding in between the returning Ben White and Gabriel.

Left wing back sort of picks itself in Kieran Tierney, while injuries and suspensions mean Sambi Lokonga and Thomas Partey are the go-to pair in midfield.

At right wing back I'd opt for Ainsley Maitland-Niles and give him a chance thrive in a position he is now claiming he wants to play in again.

Emile Smith Rowe has been suffering with illness so I'd go for Martin Odegaard and Bukayo Saka in behind captain Pierre-Emerick Aubameyang.

After three defeats in three, it is time to shake things up between the sticks and provide Aaron Ramsdale another opportunity.

The 23-year-old put in a reassuring performance in the Carabao Cup fixture against West Brom, making some good saves and looking comfortable on the ball. Saturday's clash with Norwich is a good chance to give Ramsdale his first league start for the Gunners.

My gut feeling tells me that Tomiyasu won’t be thrown straight into action by Arteta, but I certainly think he’d have no trouble adapting quickly if he is.

Just like the situation with Ramsdale, I feel like tomorrow is a good opportunity to see how our latest recruit gets on before potentially tougher tests arrive in the coming weeks.

With Gabriel and White back to full fitness, starting both of them is a no brainer and I think they will provide us with a lot more security at the back.

The same goes for Thomas Partey, who Arsenal have missed dearly.

With Xhaka suspended and Elneny injured, Arteta has little choice but to opt for the Ghanaian, who will operate nicely alongside the talented Sambi Lokonga.

Going forward, the team pretty much selects itself, although I have included Smith Rowe ahead of Pepe.

For me, Arsenal’s new number 10 has been one of only a few bright sparks in the opening games of the season, so it would be harsh to drop him right now.