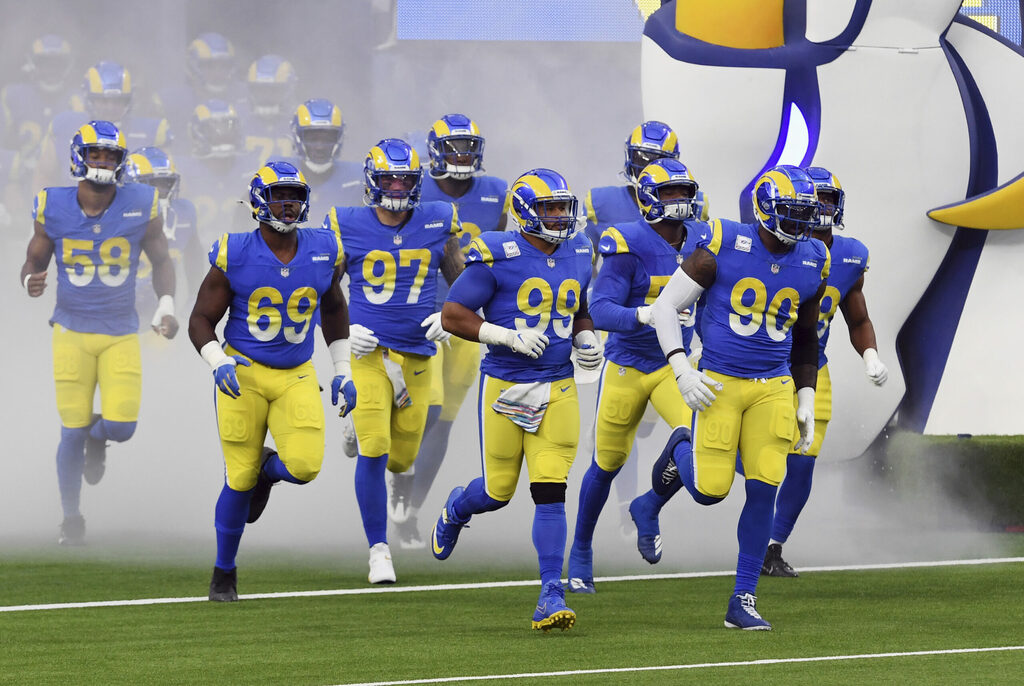 The Los Angeles Rams added a new uniform to their rotation this year, revealing their “modern throwbacks” for the 2021 season. The white and yellow jersey joins the team’s Bone and Royal looks from last year, giving them three options.

They’ll be wearing each of them at least three times this season, and they’ve begun to distinguish road and home uniforms rather than mixing and matching as often as they did last year.

The Bone will essentially be their road uniforms, being worn in nine games – eight of which are away from home. The Royal jerseys will be worn five times, all at SoFi Stadium. And finally, the three modern throwback games will be against the 49ers, Titans and Bears, with that prime-time matchup against San Francisco being on the road.

Here’s a look at their full uniform schedule.