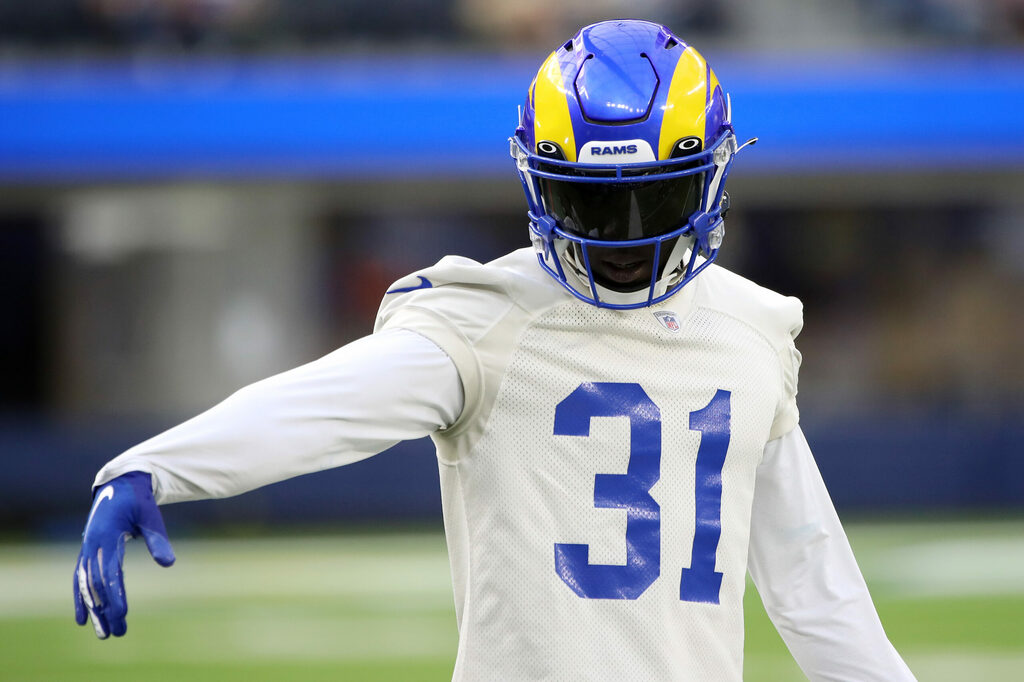 After David Long Jr. gave up a 41-yard touchdown and five total receptions to the Cardinals on Sunday, defensive coordinator Raheem Morris told reporters that Long didn’t have a great game. He hinted that Robert Rochell could get more playing time, and it didn’t take long for that to come to fruition.

Rochell got the start against the Seahawks on Thursday night, playing the entire first series while Long was on the bench. The rookie corner wasn’t expected to have such a significant role this early on, but with Long struggling, it’s not terribly surprising.

The Rams selected Rochell in the third round out of Central Arkansas. He was seen as a raw prospect with great upside, but also someone who may need a year to learn before becoming a starter.

Turns out that isn’t the case and we’ll now get to see how the rookie handles a bigger role.