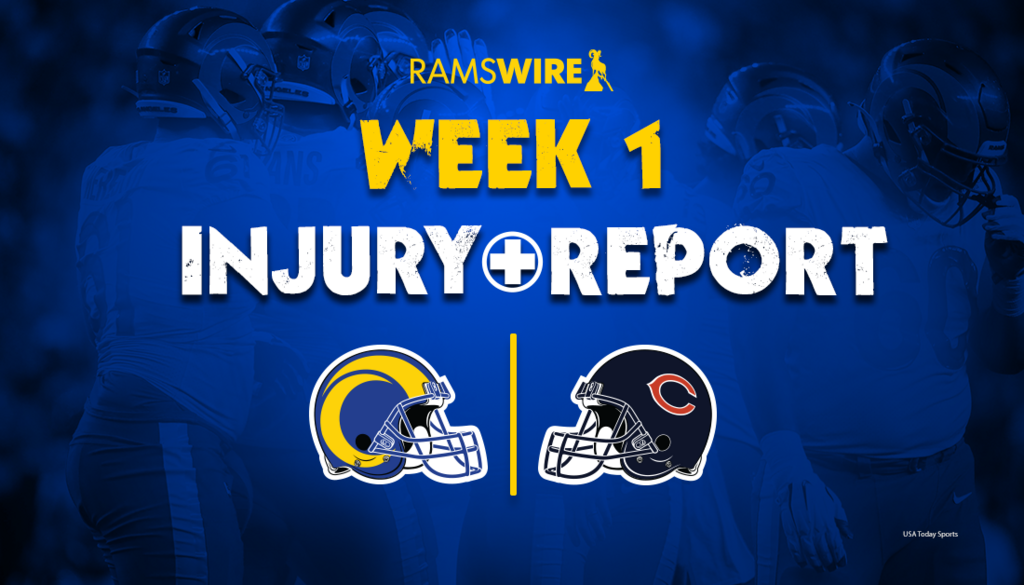 With Week 1 of the regular season comes the first injury report of the new campaign, and the Los Angeles Rams are in relatively good shape for their opener against the Chicago Bears. They released the initial injury report of the week on Wednesday after practice, with two more reports to follow on Thursday and Friday.

Game statuses won’t be shared until Friday, which is when the Rams must designate players as being questionable, doubtful or out for the upcoming game.

On Wednesday, A’Shawn Robinson was held out of practice, though Sean McVay said he’s still on track to play against the Bears. Andrew Whitworth was given a veteran rest day, while Terrell Lewis was also a non-participant due to rest.

Ben Skowronek was limited, which is an encouraging sign as he continues to recover from his broke forearm.