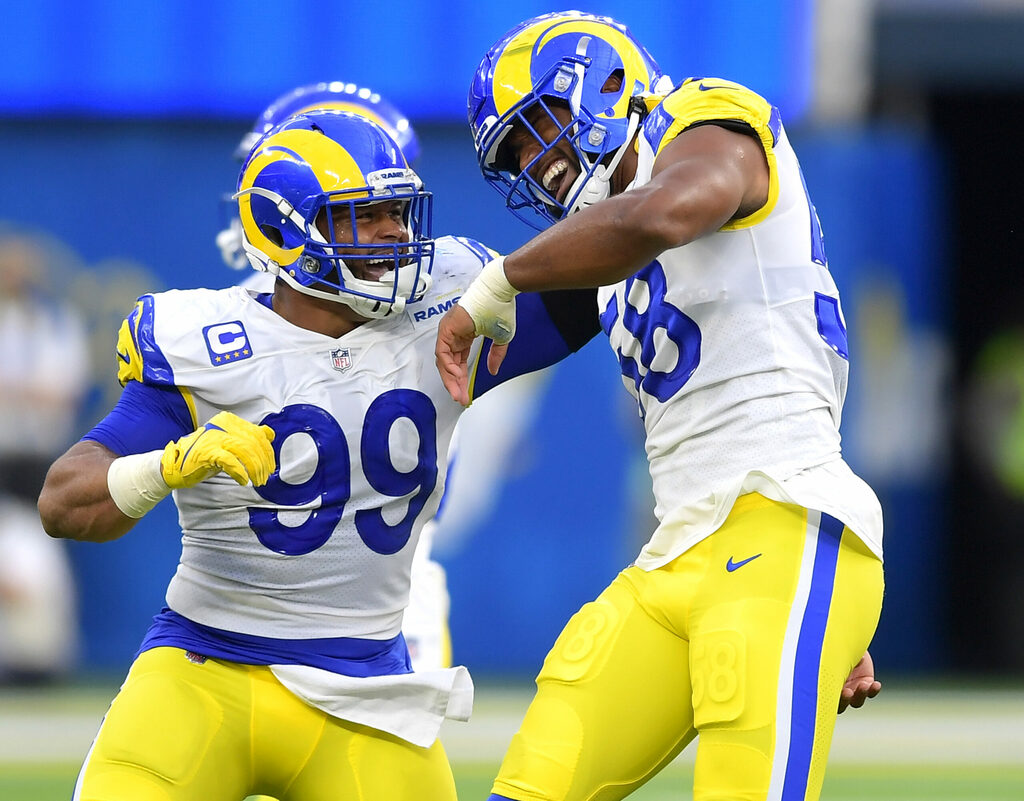 The Rams took care of business on Sunday night, beating the Bears 34-14 at SoFi Stadium. Matthew Stafford was a huge part of the victory, throwing for 321 yards and three touchdowns in his debut with the Rams.

But he wasn’t the only standout player from the game. The Rams got great games out of several players, with each of the 11 starters earning an overall grade above 66 from Pro Football Focus.

Here are the three highest-graded players on offense and defense, as well as the three lowest-graded from Sunday’s win over Chicago.