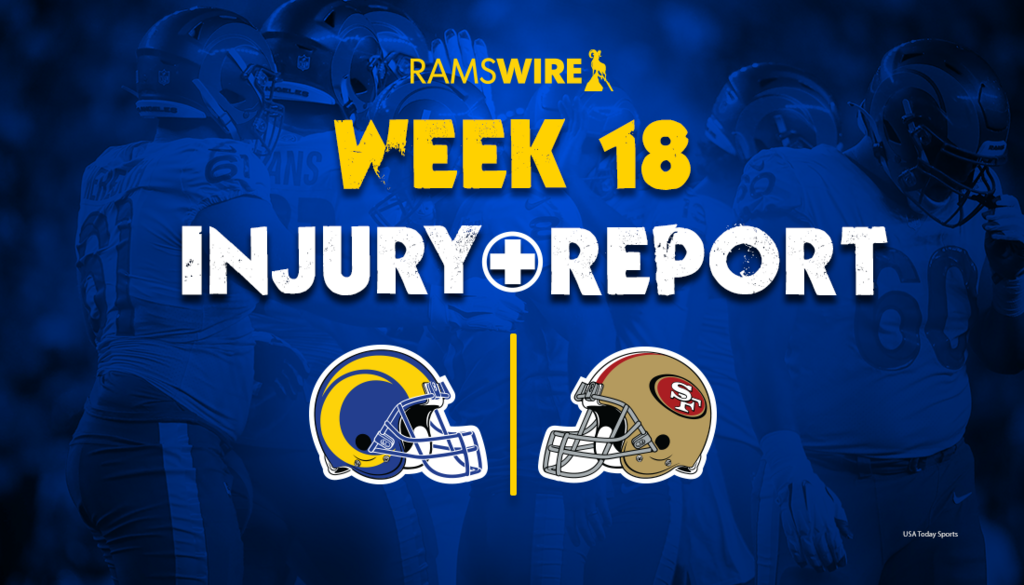 The Rams listed seven players on the injury report to start the week, a reasonable amount considering it’s Week 18. However, only two of those players were on the report for injury-related reasons; the other five simply got Wednesday off as a rest day.

Nick Scott broke his thumb and Cam Akers is still coming back from an Achilles tear, but both players are ready to go for Sunday’s game against the 49ers. No Rams players carry an injury designation into the season finale, an excellent sign of the team’s overall health.

The 49ers aren’t in as great of shape, listing seven players as questionable to play, including Jimmy Garoppolo and Trent Williams. They did activate Ambry Thomas from COVID-19 reserve, which helps their thinning cornerback depth, but they’re still shorthanded.

Take a look at the full injury report below. 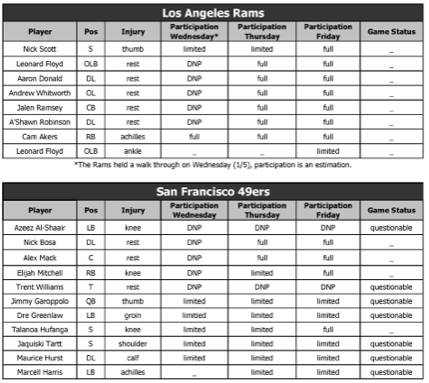 Kyle Shanahan said Friday that he knows who the starting quarterback will be for his team this weekend, but he doesn’t want to reveal it beforehand, using it as a competitive advantage.

Garoppolo practiced all week and Shanahan said Trey Lance looked better this week than he did last week, so it’s anyone’s guess who will start. One would figure if Garoppolo is healthy, he’ll get the nod, but Lance would present a different challenge with his mobility and lack of film.

4 Rams players to watch vs. 49ers on Sunday 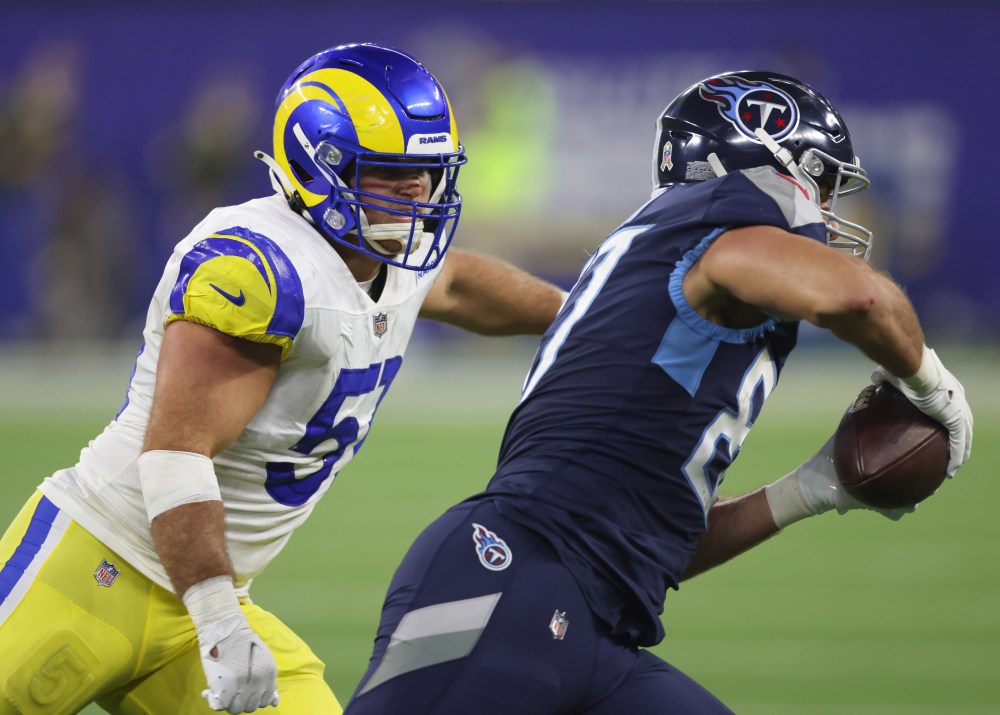