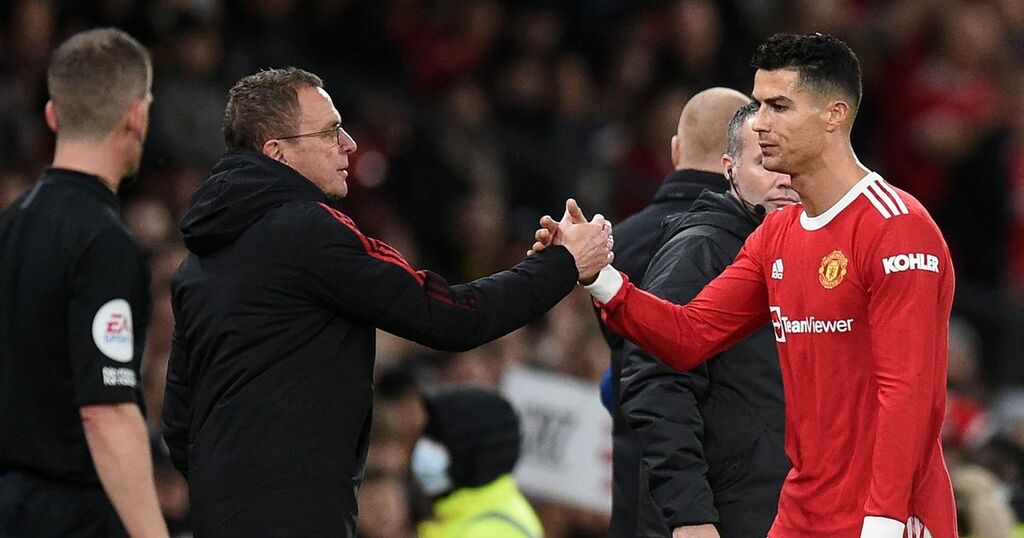 Ralf Rangnick is expected to make major changes at Manchester United, but the German has been warned not to cut Cristiano Ronaldo out of his plans.

The German boss was appointed he has made significant changes at Old Trafford, including switching to a 4-2-2-2 formation, though they are having little effect yet.

United’s form has improved, but their general performances are not markedly better than they were under Ole Gunnar Solskjaer and many feel Rangnick needs to make great changes for his side to improve.

One suggestion is that the 63-year-old needs to drop five-time Ballon d’Or winner Ronaldo due to the forward’s poor form.

However, former Arsenal defender Nigel Winterburn believes that Rangnick should do the opposite and build his plans around the Portugal captain

Speaking to Paddy Power, Winterburn said: “The situation with Cristiano Ronaldo playing ahead of Mason Greenwood and Marcus Rashford is very intriguing because you have a superstar coming back to your club, potentially coming towards the end of his career but expects to play every game.

“Ronaldo is 36 but we can see in his body and in his desire that he doesn’t look like someone approaching the end of his career. The number of high-energy bursts he can make will decline slightly and then if we consider Greenwood’s form prior to Ronaldo joining, it’s not Ronaldo’s fault that he’s dropped off.”

Have Your Say! Is Cristiano Ronaldo the real issue at Manchester United? Comment here.

Since returning to The Theatre of Dreams, Ronaldo has scored eight goals and assisted three in 16 Premier League appearances.

But some feel that the former Real Madrid star’s performances generally have fallen below par and that Rangnick needs to make a statement by giving those waiting in the wings an opportunity to shine.

Winterburn continued: “If they’re putting Ronaldo in the team, they must have a style of play that is geared towards getting the best out of him.

"Even though he’s a superstar, he’s played a lot more than I expected him to but that’s just because of the type of guy he is – he never looks happy when he’s sat on the bench.

“It’s such a difficult conundrum but United have brought him back and they have to find a system with the interim manager which produces the best results for them and at the moment, they are struggling to do that.”

United scraped past Aston Villa in the FA Cup earlier this week with a 1-0 victory, thanks to a goal from Scott McTominay, but were outperformed by Steven Gerrard’s side.

However, Ronaldo was not included in Rangnick’s matchday squad which suggests that the issues are not entirely caused by the forward.

It is widely believed that United need to add a midfielder to their ranks in this month’s transfer window, with the likes of Yves Bissouma of Brighton, Jude Bellingham from Borussia Dortmund and Amadou Haidara of RB Leipzig all linked with a transfer to the club.

It remains to be seen whether Rangnick can adjust his plans in order to get the very best out of Ronaldo, or whether the former Juventus star will seek a move away from United if he continues to shoulder the blame for the club’s underwhelming performances.