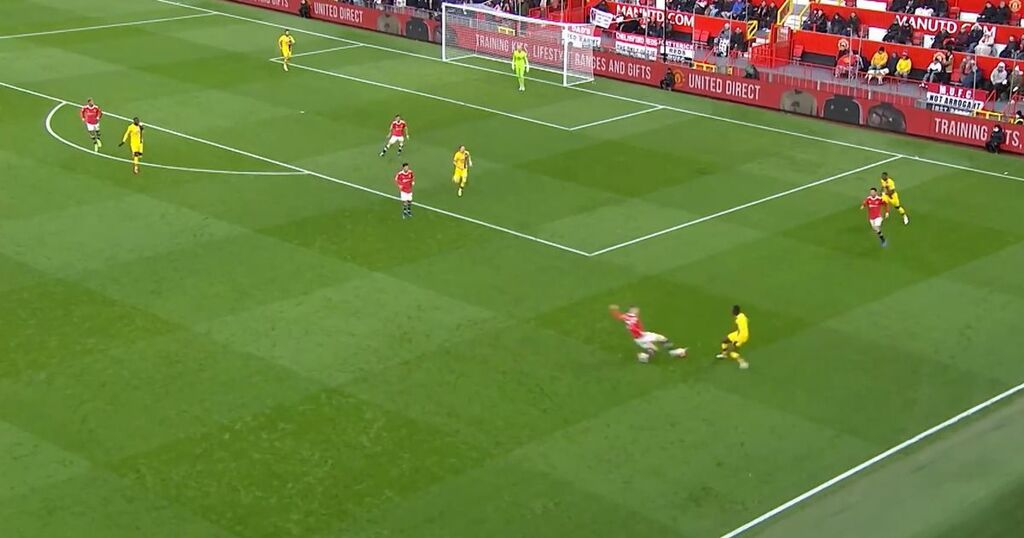 Ralf Rangnick insists Manchester United must become a consistent pressing side if they want to compete for the Premier League title.

United's championship drought is destined to extend beyond nine years as they are already 22 points adrift of leaders Manchester City and have already lost six league games this term.

The lack of pressing from United has been an issue dating back to their Champions League final schoolings by Pep Guardiola's Barcelona in 2009 and 2011. Sir Alex Ferguson's greatest teams were never renowned for their pressing and it has become mandatory with elite teams in the modern game.

United excelled at pressing in the first-half of Rangnick's first match in charge against Crystal Palace but it has been absent in almost all of their five matches since.

"As I said after the first game against Crystal Palace, we showed at least in the first-half a lot of those things and it's about implementing this into the team in a sustainable way. This is our job.

"We have to do it together with the players and we have, obviously, to develop the pla.yers, identify for each game, the players who are willing and able to do that and to deliver exactly what we spoke about."

The 1-0 defeat to Wolves on Monday signalled Rangnick's first crisis as interim manager as United came unstuck against the first side they faced in the top half of the Premier League table.

Rangnick's deprogramming of the United players was halted by the Covid-19 outbreak in the first-team squad last month that forced the closure of their Carrington training complex as the matches against Brentford and Brighton were postponed. The 16-day gap between matches did not benefit United at Newcastle, where they performed shambolically and were fortunate not to lose.

Individual face-time with players has also been limited due to the January transfer window, with the majority of Rangnick's separate meetings with players revolving around their futures.

"I haven't had the time to do it with everyone because of the Covid situation," he explained. "We had the closure of Carrington and we still have an issue with Covid in the building. When players get changed for training they do it in different locker rooms.

"I think the players know what they have to do but, like I said, with only 10 players being able to play and three to be substituted there will still be a huge amount of players who don't get the game-time they would like to get.

"I've only been here now for five weeks. Yes, the pressure is on at a club like Manchester United. I'm pretty sure that the players are aware of that. In the end, it's still about showing up when we play in front of 75,000 and we showed that against Burnley. We also showed it against Crystal Palace.

"The team is able to dominate games, to win games. Both games against Burnley and Palace, that was the case and this is exactly what we have to achieve in the next weeks to help the team develop into a dominating team.

"This can only be done in possession and out of possession they do things together."