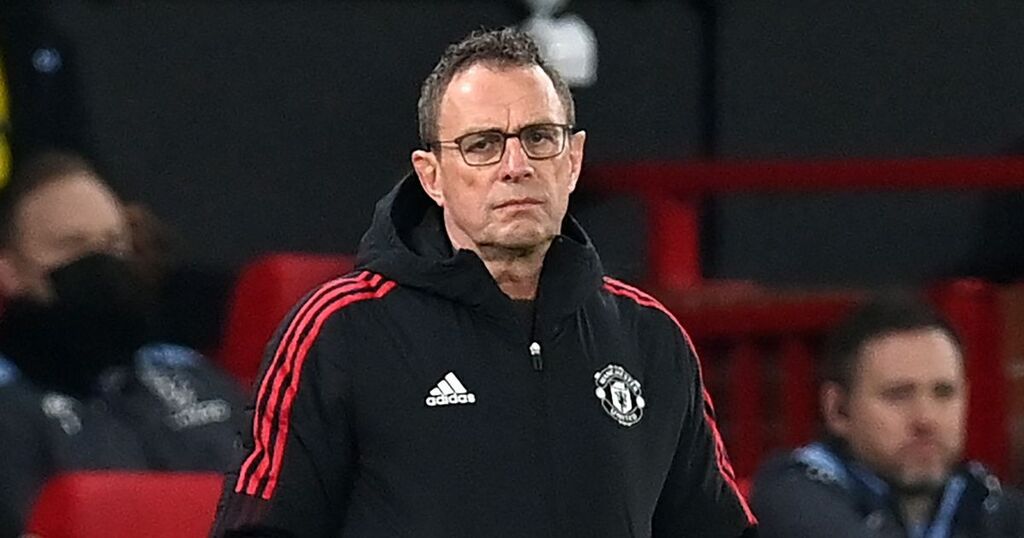 Ralf Rangnick is faced with a growing crisis at Manchester United amid claims the Red Devils dressing room has split into two camps.

But it's clear for all to see that the German is doing his best to unite his squad and restore positivity - with his reaction to the Red Devils' opening goal against Aston Villa speaking volumes.

As Scott McTominay headed his side in front in the third round of the FA Cup on Monday night, BBC Sport cameras picked out Rangnick on the touchline celebrating wildly.

It's the first time this month that the German has been able to react to something positive at United and he took full advantage.

Join the debate! Can Rangnick heal the divide in the United dressing room? Have your say here.

Recent reports from the Man United camp is that things are now as bad as they were during Ole Gunnar Solskjaer's final few games.

According to talkSPORT, the Portuguese speakers at the club; Cristiano Ronaldo, Bruno Fernandes, Diogo Dalot, Fred and Alex Telles are allegedly at loggerheads with those who do not communicate in their native tongue.

But Rangnick has called on the United fans to be patient as he attempts to turn things around, explaining in his programme notes ahead of United's clash with Aston Villa that these things take time.

"When I took this role as Manchester United interim manager, I knew there would be a lot of work to do. It's not possible to just walk into a new club midway through the season, say a few words and everything is instantly straightforward," said Rangnick.

"We have a lot of players who are top quality individuals with so much talent but we need to work together in order to make progress."