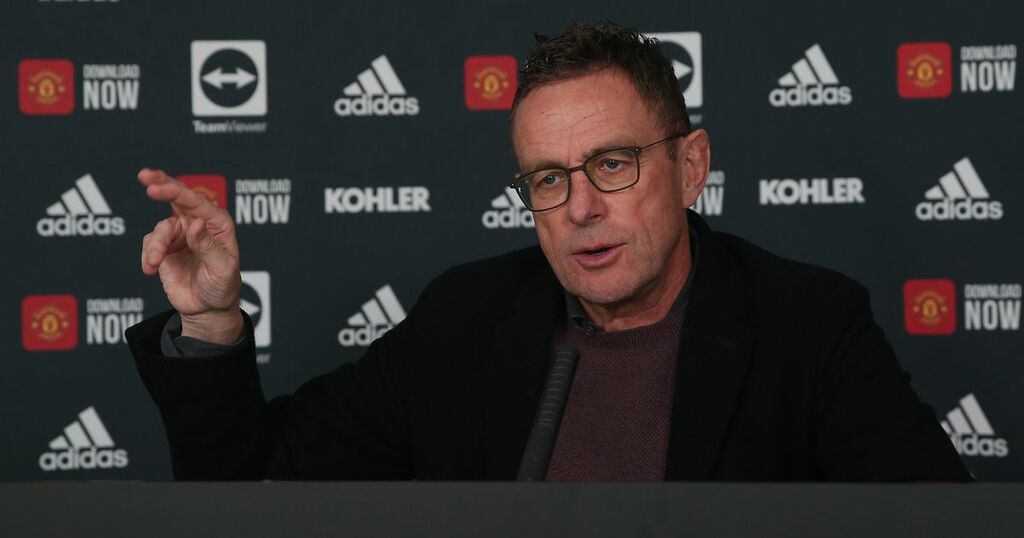 Ralf Rangnick has already made his terms for signing players at Manchester United crystal clear amid links with a transfer for Borussia Monchengladbach star Denis Zakaria.

Zakaria, whose deal with the Bundesliga club expires in June, is now free to negotiate pre-contract agreement with other clubs and Rangnick's side are desperate for a defensive midfielder just like him.

According to German broadcaster Sport1, the Red Devils have held talks over a January move which could cost as little as £5million, while Liverpool and Juventus are also said to be interested.

But Rangnick, who will leave the Old Trafford dugout at the end of the season to take up a consultancy role, knows exactly what the 25-year-old must offer in order to be signed by United.

Join the debate! Would Zakaria be a good signing for Man Utd? Give us your verdict here.

"But only then, if those two things come together. And it needs to be the right mentality, not only the right quality. We also need, especially for this competitive league, to have the best possible mentality.

"They need to be mature enough, have a winning mentality. For me, the mentality in this league is even more crucial than in any other league in the world."

Zakaria is reportedly on a number of top clubs' transfer radar, having starred for Gladbach in almost 150 games since joining from Swiss giants Young Boys in 2017.

The 6ft 3in dynamo can operate well in various systems, with a superb defensive nous perfectly complimenting his ability on the ball.

Rangnick will know all about Zakaria's well-rounded attributes, having worked in the Bundesliga with RB Leipzig as manager and sporting director until 2019.

The Switzerland international will certainly be missed when he leaves Borussia Park but Zakaria remains undecided on his next destination.

Unsurprisingly, German champions Bayern Munich have been tagged as interested, while Barcelona and Borussia Dortmund also stand out among the linked clubs.