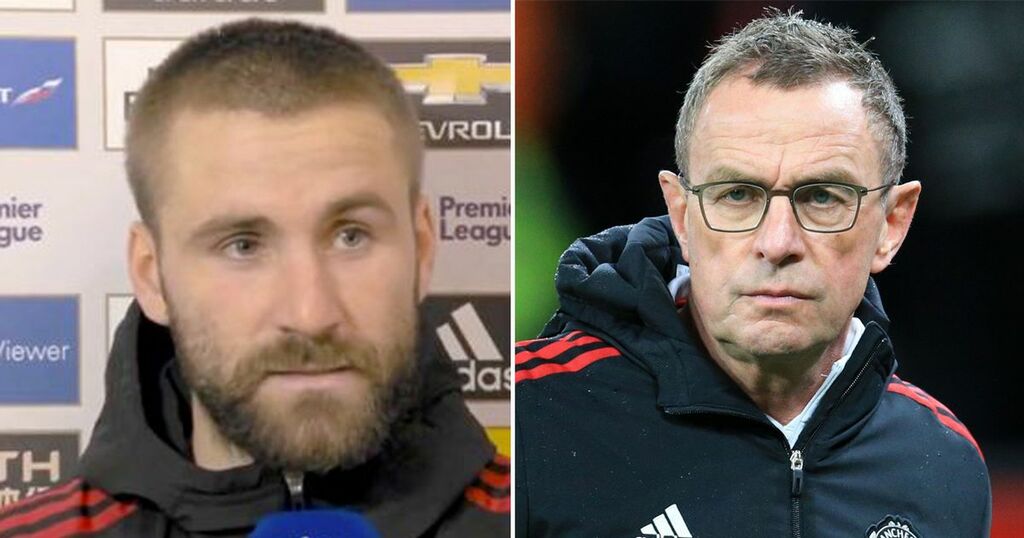 Ralf Rangnick was not surprised by the concerning interview given by Luke Shaw after Manchester United 's latest defeat, according to reports, which encapsulates the growing crisis at Old Trafford.

The Red Devils lost 1-0 at home to Wolves on Monday night after Joao Moutinho struck from range for the visitors in the closing stages.

After the full-time whistle blew on a dire United performance in front of their own fans, Shaw accused his teammates of not pulling together and lacking "motivation".

The left-back's blunt verdict was the subject of much debate in the following days, with club legend Rio Ferdinand admitting it was a "damning reflection on the team".

As reported by Mirror Sport, interim manager Rangnick is faced with mounting dissent inside a dressing room filled with cliques and players who want out.

How does Ralf Rangnick solve the problems in the Manchester United dressing room? Have your say in the comments!

It appears he was already aware of the problems afflicting his squad ahead of the clash with Wolves, as ESPN reports he was not surprised by Shaw's no-holds-barred interview.

Instead, the German was simply disappointed with the England international, while he is seriously concerned that unrest among his players could foil United's hopes of finishing in the top four of the Premier League.

Many of the issues behind the scenes relate to players wanting to leave in the January window, such as Anthony Martial, Jesse Lingard and Donny van de Beek.

United's bloated squad means there are many players not earning the minutes they feel they deserve, yet Rangnick is reluctant to trim his squad this month.

In fact, the report adds only Martial is confident of securing the January exit he is seeking amid interest from La Liga duo Barcelona and Sevilla.

Adding to Rangnick's headache, many players are believed to oppose the 4-2-2-2 formation he employs due to uncertainty about their roles in the system.

The former RB Leipzig manager is said to have acknowledged a lack of time on the training ground has contributed to this.

United were on the receiving end of a major coronavirus outbreak in December which led to the closure of their Carrington base and postponement of fixtures against Brentford and Brighton.

At that point, Rangnick had only been in charge for a matter of days following his appointment as interim, and he remains hopeful he can turn the situation around now the outbreak is behind the club.

Crucial to repairing the relationship between various players and management is assistant Mike Phelan, who has been tasked with solving the divisions which have emerged since Michael Carrick's departure.